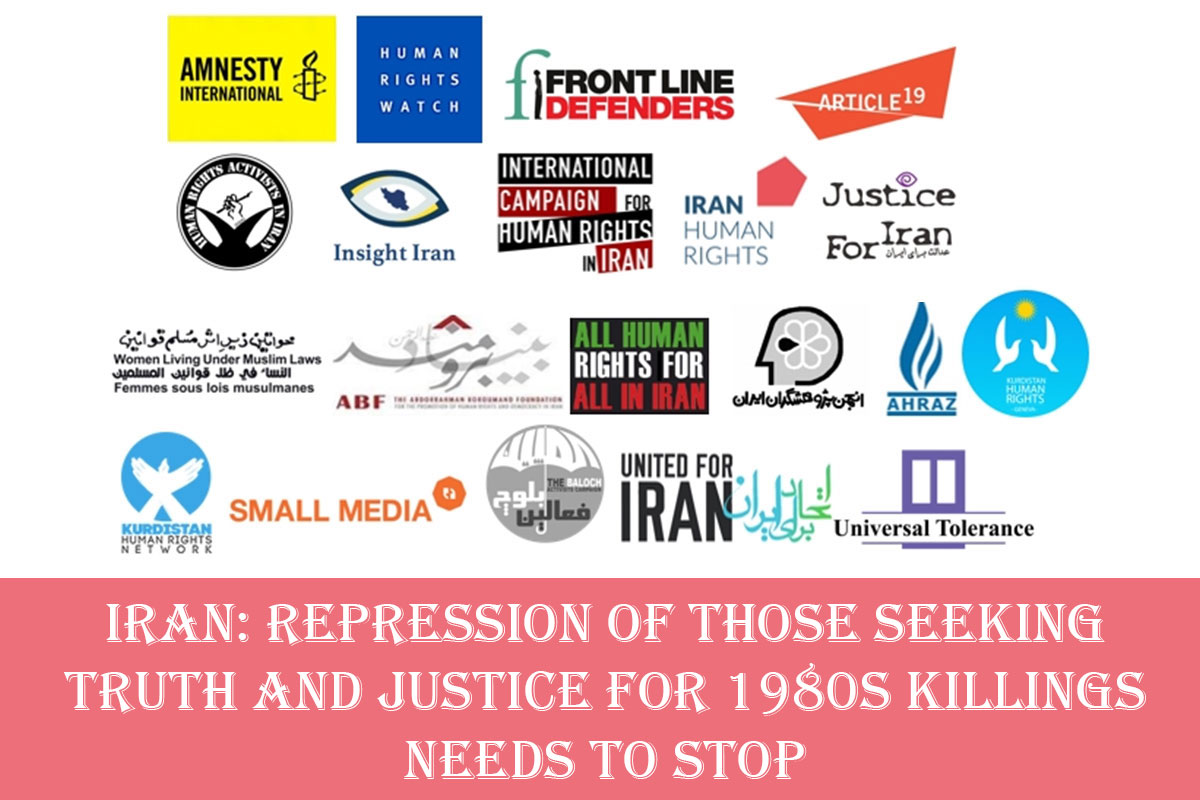 HRANA – 20 International and Iranian NGOs draw attention to the situation of women human rights defenders in Iran who seek truth and justice on International Women’s Day.

Human Rights Activists in Iran (HRAI) alongside other organizations issued a joint public statement calling on the Iranian authorities to quash the charges and sentences issued against Mansoureh Behkish, Maryam Akbari-Monfared, Raheleh Rahemipour and Ahmad Montazeri.

The Iranian authorities should stop the harassment, intimidation, and prosecution of human rights defenders seeking truth and justice on behalf of individuals who were summarily executed or forcibly disappeared during the 1980s and their families said 20 human rights groups.

Over the past few months, several human rights defenders, including Mansoureh Behkish, Maryam Akbari-Monfared and Raheleh Rahemipour, have been subjected to harassment, reprisals or prosecution on vague national security-related charges for their peaceful efforts to learn the fate and whereabouts of their loved ones. The persecution signals renewed efforts by the authorities to suppress the struggle that has been ongoing for over three decades to reveal the truth about the gross human rights violations that were perpetrated by the Iranian authorities during the 1980s, including the extrajudicial executions of several thousand in 1988 and their burial in unmarked mass graves.

The latest wave of persecution of those seeking truth and justice appears to have been triggered by the release in August 2016 of an audio recording of a meeting in 1988 in which senior officials are heard discussing and defending the details of their plans to carry out the 1988 mass executions.

The audio recording has sent shockwaves across the country and prompted the authorities to admit for the first time that the mass killings of 1988 were planned at the highest levels of government. Ahmad Montazeri, the son of the late Ayatollah Hossein Ali Montazeri, who was at that time the Deputy Supreme Leader, has since been sentenced to imprisonment for posting the audio file on his father’s website.

The undersigned human rights organizations urge the Iranian authorities to stop their attempts to silence human rights defenders and others seeking to shed light on past atrocities. Instead, they should respect their obligations under international human rights law to carry out thorough and impartial investigations into the serious human rights violations committed in the 1980s, including the 1988 extrajudicial executions, and ensure the rights to truth, justice, and reparations for the victims and their families.