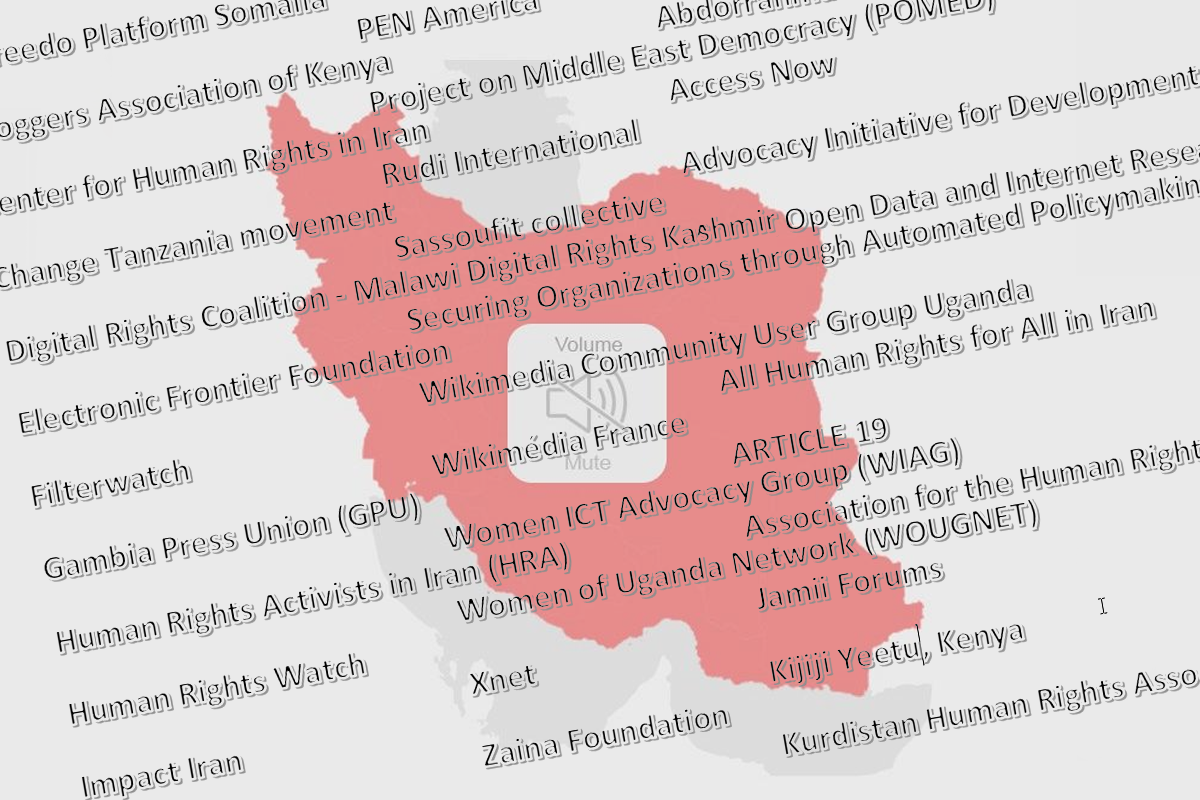 On the eve of a much-anticipated presidential election, the #KeepItOn Coalition has a message for Iran’s authorities.

In their open letter, of which Human Rights Activists in Iran (HRA) is one of the 42 signatory organizations, the coalition emphasizes that freedom of expression online is all the more crucial in states that allow for few physical alternatives.

“The internet, social media platforms, and messaging apps play a critical role in providing a space for expression, deliberation, dissent, protest, and activism in any society, especially in contexts like Iran, where the public sphere is severely controlled and policed, including through criminalization of protected rights such as the rights to freedom of expression and peaceful assembly.”

Censorship is by no means a new practice of the Islamic Regime. In the last few months alone, Iranian journalists and activists have reportedly received numerous threats from security forces against criticism of controversial presidential candidate and head of judiciary Ebrahim Raisi. Moreover, several editors and reporters have been summoned by IRGC agents and cyber police for questioning.

The #KeepItOn coalition, comprised of over 258 advocacy and human rights organizations working to end internet censorship, urges the President and Supreme Leader to:

1. Refrain from arbitrarily blocking access to social media platforms, such as Instagram and Clubhouse, and messaging apps, and publicly assure the people of Iran that the internet will remain open, accessible, inclusive, and secure across Iran throughout the election and thereafter

3. Refrain from impeding access to high-quality, secure, and unrestricted internet for everyone throughout the election period and thereafter

4. Order internet service providers operating int he country to inform internet users of any potential disruptions, and to take all reasonable steps to fix any unidentified disruptions likely to impact the quality of service they receive.