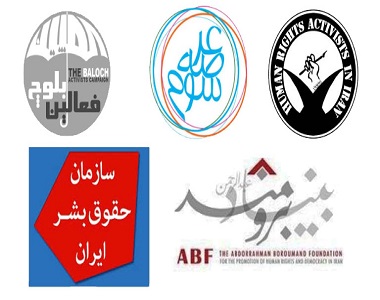 The full text of this statement is as follows:

Despite the on-going announcements of the authorities of Islamic Republic of Iran and their representatives in the United Nations Human Rights Council who claim to provide freedom of expression for different ideas and women and to have an inclusive government, many of Iranians are imprisoned only because of expressing their ideas.

Despite what the authorities say, there is a wide range of repression against the civilians having different ideas.

The organizations which publish this statement would like to remind the repression on their colleagues inside Iran and especially the arrests of March 2, 2010 which is a symbol of the suffering of these activists and believe that not only these activities has no worth for the Iranian authorities but also by violating the “Declaration on the Right and Responsibility of Individuals, Groups and Organs of Society to Promote and Protect Universally Recognized Human Rights and Fundamental Freedoms” and precisely article 12-2 of it which states that “the State shall take all necessary measures to ensure the protection by the competent authorities of everyone, individually and in association with others, against any violence, threats, retaliation, de facto or de jure adverse discrimination, pressure or any other arbitrary action as a consequence of his or her legitimate exercise of the rights referred to in the present Declaration.” are threatening and repressing the Human Rights Activists in a systematic way. Iran could be considered as one of the unsafe and dangerous areas for the Human Rights Defenders who try to bring about the “Universal Declaration of Human Rights” which would be the guaranty of freedom and equal rights for everybody.