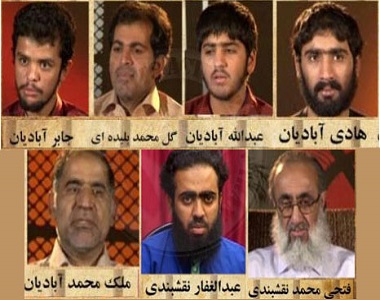 HRANA News Agency – Despite being imprisoned for the past two years, a Sunni prisoner has been accused of involvement in a killing that took place less than two months ago.

According to the report of Human Rights Activists News Agency (HRANA), Malek Mohammad Abadian, a Sunni prisoner of conscience held in Zahedan Central Prison, is facing new charges of involvement in the killing of a teacher who was shot by unknown men on 15 April 2014.

The latest accusations come despite the fact that he has been imprisoned since his arrest in 2012, along with several Sunni activists including his three children and Shaykh Mohammad Fathi Naghshbandi, following the death of a pro-government cleric, Mostafa Jangi Zehi, who was killed by unknown men in the Sistan-Baluchistan province.

Malek Mohammad Abadian’s son-in-law, Seddigh Daliri, who was also arrested in 2012 and later released on bail, has now also been re-arrested in connection with the latest charges. Sources say he was at work at the time of the killing.

The teacher, Javad Nowruz, was shot and killed by unknown men in Sarbaz city on 15 April 2014. According to reports, the victim’s family, as well as local activists, have raised the possibility that the Iranian Security Forces were involved in the killing.

Malek Mohammad Abadian, who has denied all the charges against him, was transferred from Section 6 of Zahedan Central Prison to the Ministry of Intelligence for the second time in a month on 19 May 2014.

“The first time, they had pressured him to make a [recorded] scripted statement, but he refused. This time after he was summoned, they accused him of involvement in the killing of a teacher,” a source told HRANA.

“We believe that the Ministry of Intelligence is trying to build a new case against Malek Mohammad Abadian with these charges, to force him to accept the charges of asassinating Mostafa Jangi Zehi,” he said.