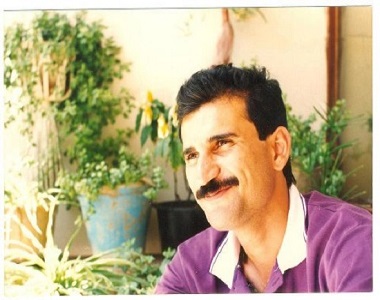 HRANA News Agency – Gholamreza Khosravi Savadjani, the political prisoner of section 350 of Evin prison has been executed this morning.
According to the report of Human Rights Activists News Agency (HRANA), the 49 years old political prisoner was arrested after donating to an opposition TV channel.
He was kept in the solitary confinements of Kerman intelligence, detention center number 64 of ministry of defense and section 240 of Evin prison for 40 months and was finally sentenced to death.
The death sentence issued by branch 26 of the revolutionary court in Tehran was confirmed in the Supreme Court as well. According to the issued verdict he was charged with supporting MEK.
Abdolfattah Soltani and Shima Ghushe were his lawyers after he had been sentenced to death.
The execution was carried out while an attorney lawyer had told HRANA that regarding the changes in the Islamic Penal Code about the “Moharebeh”, it is absolutely illegal to execute him.
Gholamreza Khosravi Savadjani was one of the political prisoners who were severely beaten on the “Black Thursday” of section 350. “The execution has indeed something to do with the ‘Black Thursday’ and the prison authorities had told it while transferring him to the Rajai Shahr Prison.” Said a political prisoner of section 350 to HRANA
Gholamreza Khosravi had been sentenced to 10 years in prison during 80s. He was released after serving 5 years. Before being sentenced to death, the revolutionary court of Kerman had sentenced him to 6 years in prison, 3 years of which was suspended. The case was taken Tehran by the pressure of ministry of defense and the prosecutor of Kerman and general prosecutor of Iran.
Amnesty International released a statement yesterday and urged the Iranian authorities to halt the execution of Gholamreza Khosravi.
“Yet again Iranian authorities are about to execute a man who did not even receive a fair trial in total disregard of both international law and the Iranian law,” said Hassiba Hadj Saharoui, Amnesty International’s Deputy Director for the Middle East and North Africa.
Amnesty International stated that the execution of Gholamreza Khosravi will be a breach of Iran’s domestic law as well as International law.