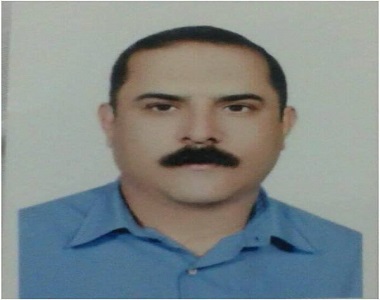 HRANA News Agency – Two men from Iran’s Ahwazi Arab minority who were arrested in Iran earlier this year after converting from Shi’ism to Sunni Islam were reportedly subjected to severe torture whilst held in the Ministry of Intelligence detention center in Ahwaz.

According to the report of Human Rights Activists News Agency (HRANA), one of the men, 30-year old Jaber Sakhravi, who is a computer-science graduate, was arrested in Koye Alawi in Ahwaz (Hay al-Thawra district) on 8 April 2014 and transferred to the Ministry of Intelligence detention center in Ahwaz.

He was transferred to Karoun Prison in Ahwaz on 17 June 2014.

“Jaber Sakhravi suffers from a brain tumor and requires urgent medical treatment in hospital. He also suffered a mild heart attack three years ago,” he said.

Jaber’s cousin, Shokrollah Sakhravi [pictured] who was also arrested on 10 April 2014, was transferred from the Ministry of Intelligence detention center to Karoun Prison in Ahwaz on 7 June 2014.

“Shokrollah’s psychological condition is reportedly serious, due to torture whilst in the Intelligence detention center,” Karim Dahimi said.

Shokrollah, also known as Shaker, who is married and has two children, was arrested due to his Sunni religious activities on 10 April 2014.