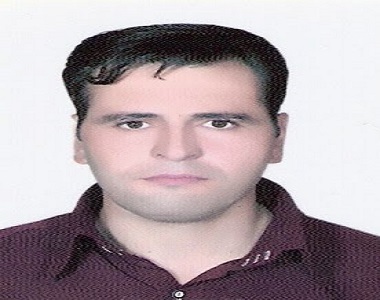 oHRANA News Agency – Abdollah Sadoughi, a political activist living in Tabriz, has been arrested on 13th May.
According to a report by Human Rights Activists News Agency (HRANA), Abdollah Sadoughi was already sentenced to 1 year of prison by the revolutionary court of Tabriz.
He is believed to be arrested to serve his imprisonment sentence. END_OF_DOCUMENT_TOKEN_TO_BE_REPLACED

HRANA News Agency – Abdollah Sadoughi, an Azerbaijani social activity, is suffering from stomach bleeding following 17 days of hunger strike.He was arrested on August 24, 2011 together with 30 other activists in Tabriz while they broke their fast during Ramadan with an evening meal called Iftar.

According to a report by Human Rights Activists News Agency (HRANA), on August 24, 2011, a group of 30 activists were gathered in Mostafa Avazpour’s house in Tabriz in order to break their fast and discuss the failure of Iranian Parliament to adopt measures to stem the gradual drying of Lake Orumieh.Intelligence and security forces raided this gathering and arrested everyone.

Currently, fifteen individuals who were amongst those detained have been tried without being presented by counsel and sentenced to 2 years and 4 months in prison with 2 years of this prison term suspended.Fifteen other individuals are still in a legal state of limbo.

Abdollah Sadoughi’s brother added that he has visited Abdollah in prison once, and without an arraignment, an order to imprison Abdollah for one month has been issued.

According to various reports, in addition to Abdollah Sadoughi, at least two other Azerbaijani activists who were arrested on August 24, 2011 are on hunger strike. These activists have been identified to be Mosa Barzin Khalifehlou and Mehdi Hamidi Shafiegh.Mosa Barzin Khalifehlou is an attorney who has previously defended a number of social activists throughout Iran.

During an interview with Radio Farda, Mehdi Hamidi Shafiegh’s brother said, “We haven’t been able to contact Mehdi directly so far and hear about his current condition from his own lips.However, his friends who were with Mehdi in Intelligence Agency’s detention center, after being transferred to Tabriz Prison, have told us that Mehdi was on hunger strike.”

Despite repeated inquires from the judiciary, the investigation unit and other government entities, Mehdi Hamidi Shafiegh’s family still has not been given any accurate information about his current condition.Mehdi Hamidi Shafiegh’s brother has reported that in addition to Mehdi, four other activists remain in the Intelligence Agency’s custody and have not yet been transferred to prison.

Since August 26, 2011, demonstrations against government’s policies towards Lake Orumieh have continued.According to a report by Human Rights Watch, Iranian security forces in eastern and western Azerbaijan and Ardabil provinces have arrested hundreds of people. After protests escalated, the Iranian government announced that a 950 million dollar budget has been allocated to restore Lake Orumieh.

Lake Orumieh has lost half of its water thus far.In some parts of the lake, water has receded as much as 10 Kilometers.It has been estimated that Lake Orumieh will dry out completely in three years if the current trend continues.Mohammad Bagher Sadogh, Deputy of Natural Environment in Iran’s Environmental Protection Agency, has said, “As a result, 10 billion tons of salt in the form of a dust storm will descend upon 6 million residents of the surrounding regions.”