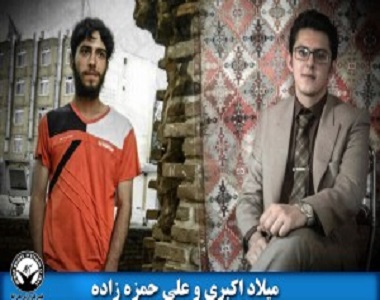 HRANA News Agency – Milad Akbari and Ali Hamzezadeh, two Turkish (Azeri) activists from Tabriz, who had been arrested by the security agents of Ministry of Intelligence, have gone on hunger strike in protest to unclearness of the reason of their arrest from the moment of arrival to the detention of Intelligence Ministry.
According to the report of Human Rights Activists News Agency in Iran (HRANA), on July 1, two activists from Tabrizi named Milad Akbari and Ali Hamzezadeh were arrested following being summoned by the Ministry of Intelligence and after attending the office. END_OF_DOCUMENT_TOKEN_TO_BE_REPLACED