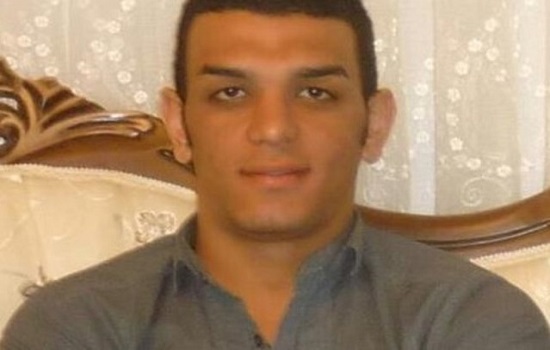 HRANA News Agency – Ehsan Shahqasemi who had been sentenced to death on charge of murder of a Basij member was released by the end of the sentence of the general aspects of the crime and also obtaining the consent of the victim’s parents, the charge of murder and the death sentence of Shahqasemi had taken place in circumstances that the death of “Ali Khalili” was three years after the clash and the he had consented officially and received the payment as the blood money or the cost of treatment.
According to the report of Human Rights Activists News Agency (HRANA), Ehsan Shahqasemi and his friends had a conflict with Ali Khalili, a member of Basij in 2011, during which Shahqasemi stabbed Khalili with a knife. END_OF_DOCUMENT_TOKEN_TO_BE_REPLACED

HRANA News Agency – Four Sunni prisoners were transferred from Urmia Intelligence Office to the prison after three months of interrogations. Seyed Taha Karimi, Hassan Youssefi, Ali Khalili and Mohammad Sa’id Hamzeh Zadeh were arrested in Mahabad in November.
According to the report of the Human Rights Activists News Agency (HRANA), the four men on Monday, January 25th were transferred to the prison of Urmia. END_OF_DOCUMENT_TOKEN_TO_BE_REPLACED