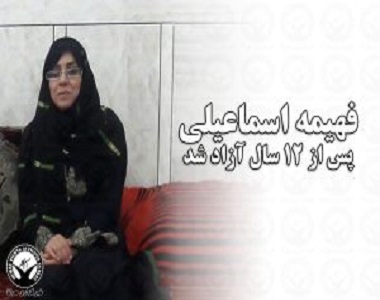 HRANA News Agency – Fahimeh Isma’ili, an Arab political activist, was released from jail after being imprisoned for 12 years. The husband of this political prisoner who was arrested at the same time was executed on charge of Moharebeh in 2006.
According to the report of Human Rights Activists News Agency in Iran (HRANA), Fahimeh Isma’ili (Badvi), political activist, was released from Yasuj Prison after her serving her sentence. END_OF_DOCUMENT_TOKEN_TO_BE_REPLACED