Amnesty International Calls for Quashing the Convictions of 3 Artists 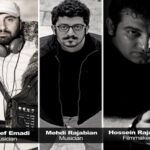 HRANA News Agency – Amnesty International has called for quashing the convictions including financial fines of the 3 convicted artists. Two musicians Mehdi Rajabian and Yousef Emadi, and a filmmaker Hossein Rajabian have been each sentenced to 6 years in prison and financial fines.

According to the report of Human Rights Activists News Agency (HRANA), Amnesty International has called on the Iranian authorities to quash the convictions of Mehdi Rajabian, Hossein Rajabian and Yousef Emadi as they arise solely from the men’s peaceful exercise of their rights of freedom of expression and association through music and film. END_OF_DOCUMENT_TOKEN_TO_BE_REPLACED 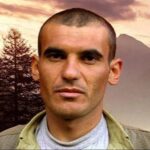 HRANA News Agency – Amnesty International in a statement announced that Ramazan Ahmad Kamal, Kurdish Syrian prisoner needs surgery, and called for imminent consideration of the condition of this Syrian prisoner of Rajaei Shahr prison of Karaj.

According to the report of Human Rights Activists News Agency (HRANA), in this statement which was published on January 26, it is stated, “He is in need of surgical treatment for an infection in his shoulder, which has resulted in partial paralysis of his arm. The infection appears to be the outcome of poor post-operative care following earlier surgical treatment inside prison.” END_OF_DOCUMENT_TOKEN_TO_BE_REPLACED