A Report about Asghar Ghattan’s Critical Health Condition in Custody 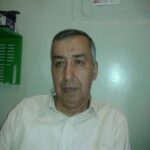 HRANA News Agency – Asghar Ghattan has frequently been arrested and imprisoned since 1960s, when he was just 14 years old, because of his political activities. This political prisoner is currently being held in Rajai Shahr prison in Karaj, despite suffering from various diseases. Mr. Ghattan has had “19 diseases and surgeries and takes 38 prescribed pills every day.”

According to the report of Human Rights Activists News Agency in Iran (HRANA), Asghar Ghattan, born in 1954, was arrested last time by the Ministry of Intelligence agents in 2010, and after 45 days interrogation in ward 209, due to his illness and on doctors’ advice he was released on the bail. END_OF_DOCUMENT_TOKEN_TO_BE_REPLACED 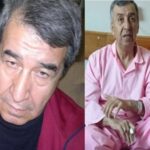 HRANA News Agency – Asghar Ghattan, political prisoner of Rajaei Shahr was released from this prison. Whereas Karim Maroof, Iraqi prisoner who is also ill and was transferred from this prison to be exchanged 54 days ago, returned to the prison.

According to the report of Human Rights Activists News Agency (HRANA), two aged and ill prisoners of Rajaei Shahr, Asghar Ghattan and Karim Maroof, were respectively released and returned to prison. END_OF_DOCUMENT_TOKEN_TO_BE_REPLACED

A political prisoner returned to prison before the surgery

HRANA News Agency – Asghar Ghattan who was transferred to the hospital last week has been suddenly returned to Evin prison.

According to the report of Human Rights Activists News Agency (HRANA), Asghar Ghattan, the 60 years old prisoner in ward 350 of Evin prison who was transferred to a hospital outside of the prison for a surgery, was sent back to Evin the night before the operation.

Asghar Ghattan is suffering from different diseases like cancer, diabetes, hyperlipidemia, heart and renal failure, and has many times been in critical health condition in prison.

Asghar Ghattan had spent 6 years in prison during 80s and was released in 1992. He was charged with cooperation with opposition groups once more and has been sentenced to 5 years in prison, which he is serving it since 2001.

Prisoners in section 350 of Evin prison are on strike

According to a report by Human Rights Activists News Agency (HRANA), right after transferring 10 prisoners of ward 50 to solitaire cells of ward 240, the prisoners in ward 350 started strike and more than 25 of them did boycott the visit time as its the basic right of the prisoners and they did visit their families on Monday as a protest action. END_OF_DOCUMENT_TOKEN_TO_BE_REPLACED