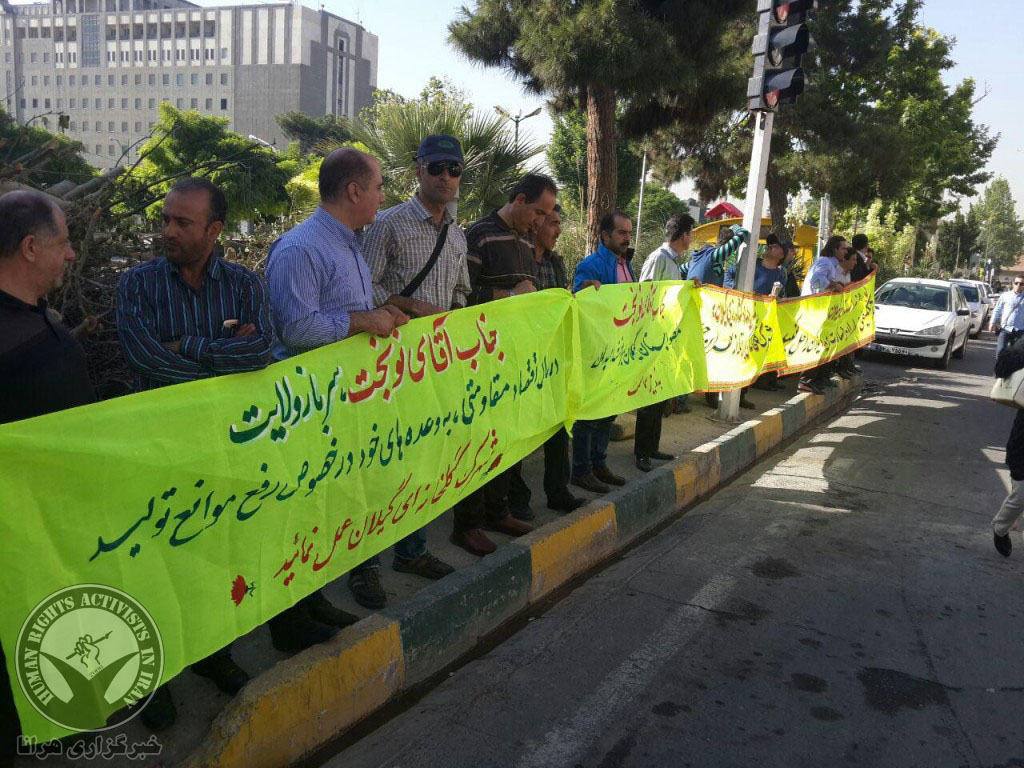 HRANA News Agency – Greenhouse owners in Golkhaneh town in Gilan province, a project which began 14 years ago to create jobs for agricultural graduates of this province in 130 pastures of hectares of bison herds of the three villages in the region of Kishestan Somesara in the first phase, in a demonstration called for the support of authorities.

According to the report of Human Rights Activists News Agency in Iran (HRANA), a budget of about 2000 billion IRR for the construction and commissioning of Golkhane town in Gilan was allocated in 2002 and the project was supposed to be built in an area of 400 hectares in three phases of manufacturing, export terminal, research center of plants and greenhouse so that agricultural graduated youth in the province and country could start their jobs there. END_OF_DOCUMENT_TOKEN_TO_BE_REPLACED