In Shahrekord, about 500 people rallied in front of the Governor-General’s Office in protest against several-day long water outages. Video published by official media shows the heavy presence of the police and security forces among the crowd.

The retirees of the Homa Airline gathered in front of the company premises to protest against the merger of the company fund and the Civil Servants Pension Organization. Reportedly, the police and security forces blocked the streets led to the location of the protest and arrested several retirees who were going to join the protest. 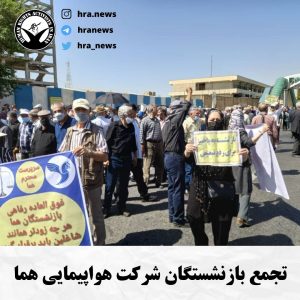 A number of applicants for the nationwide university entrance exam gathered before the National Organization of Educational Testing to protest against the recently announced modifications in application and exams.

A number of farmers in Isfahan Province gathered before the Water and Waste Water Organization to demand their water portions. 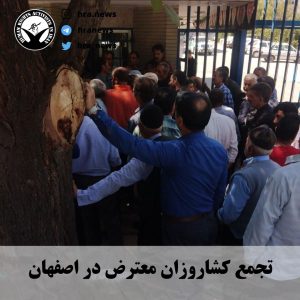 The telecommunication staff from different cities came to Tehran and gathered before the Mobin Trust Consortium building. They asked for the official contracts for all employees who have been recruited by contractors.