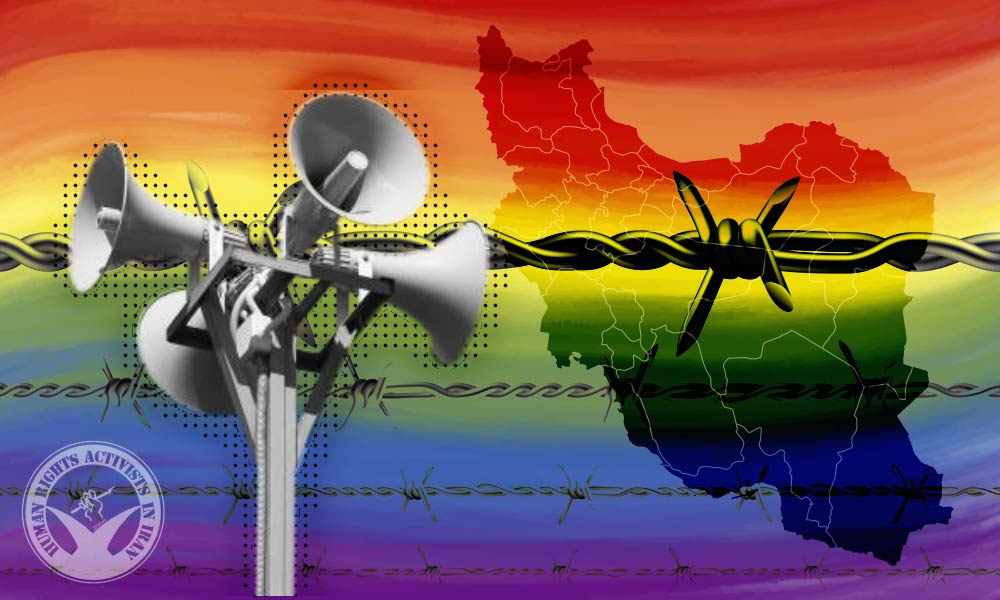 The Islamic Republic has long criminalized homosexuality in its domestic legal systems while also actively fueling propaganda campaigns in both media and educational institutions including through discriminatory public media content, textbooks, and campaigns aimed at so-called “Conversion Therapy”

According to HRANA, the news agency of Human Rights Activists, as the number of LGBTQI+ activists in the country continue to grow, Iranian politicians, cultural public figures and celebrities have made public statements aimed at inciting public discrimination, hostility, and violence against the LGBTQI+ community inside of Iran.

Officials representing the government have gone on record with their discriminatory positions. The Iranian Government Spokesperson Ali Rabiei announced the allocation of loans for the “treatment of transgender people.” Abbas Masjedi Arani, the head of the Iranian Forensic Medicine Organization, while giving an interview regarding sex reassignment surgeries in 2019 (gender affirmation surgery), described transgender identity as a disorder.” On a prior occasion, the head of the Forensic Medicine Organization expressed concerns about increasing requests for gender affirmation surgeries, for which he blamed the Internet and social media, “It rings the alarm bell for both legal decision-makers in the parliament and society at large. Our initial research points to the unrestricted and inappropriate use of the internet as the major cause of the issue. In an interview with a foreign news agency, Minoo Mohraz, the head of the Iranian Research Center for HIV/AIDS (IRCHA) said, “for the sake of public health protection, sex workers, addicted people, and homosexuals have to be identified and treated.” Mohraz added, “[…] we have to treat them before they pollute the rest of society.”

An apparent grassroots group known as ‘Halalzadeha’ has been circulating content on social media inciting discriminatory language against sexual and gender minorities. The group is also known to hold gatherings in Tehran aimed at condemning same-sex marriage in other countries. During the last 22 Bahman March (Anniversary of the 1979 Revolution), they stepped and marched on rainbow flags incitement hostility against members of the LGBTQI+ community. The lack of attempt by police or security forces to interfere in the gatherings, which is a routine activity in the case of similar gatherings, indicates that such groups are potentially supported by the regime.

At odds with the body of knowledge in their respective field, several psychiatrists and psychologists employ unscientific treatment methods to change the gender identity of transgender people. Under pressure from their family, many transgender youths give in to unscientific treatment methods. Nonetheless, the Medical Council of the Islamic Republic of Iran has remained in a conspiracy of silence toward these unsubstantiated methods. The silent complicity in such methods is in stark contrast to the regime’s obligations under international law.

Social media has become a major channel of promotion for such treatments. In an article entitled, “Eight Guiding Methods to Cure Homosexuality”, which was widely disseminated online, a purported specialist in psychology and hypnosis, Davood Najafi Tavana, claimed that his methods could “change an LGBT person into a straight person.”

Tavana claimed that: “to cure homosexuality, one must see a psychiatrist as soon as possible to ensure the normal functioning of the endocrine glands.” He continued, “One can do this by running some tests. In this phase of treatment, with the help of medicine, your homosexuality will be cured.” He also stated that one must also, “Purify your mind also by appealing to God and holy Imams. In this way, you can overcome your diabolic thoughts and temptations.”

Director and screenwriter, Behrouz Afkhami has made several homophobic statements during a TV talk show. Answering an interview question about the conditions for awarding at Cannes Film Festival he asserted, “If a film about an LGBT person participates in this festival, they spare special points for such film to take precedence over others in the competition.”  In response, the program host agreed and went on to identify homosexuality as a “sexual perversion.”

Director and screenwriter, Ghotbeddin Sadeghi, in a speech defended the security fencing of Tehran City Theater premises and claimed, ” Theatre premises have been occupied by thugs, criminals and queer people who do not observe the cultural sanctity of this place.” In response to his homophobic statements, a group of artists and civil activists in the field of sexual and gender minorities published an open statement and condemned these statements as hate speech.

In the statement, activists stated:

“Closing their eyes to the root cause of social issues, they [government] introduce the gender minorities as the main cause or at least one of the major causes of social insecurity. They place blame on the queer community whose social presence and even gender expression are restricted and condemned due to the criminalization of their existence. They bring down the hammer on this part of the society because their quest for LGBTQI+’s exclusion is the most self-assured policy in such discriminative and injustice sphere.”

The regime continues incorporating gender stereotypes in educational materials particularly at lower-secondary level (middle school). Such stereotypes indirectly intensify violence against LGBTQI+ people. By enclosing the gender spectrum into a gender binary, these textbooks adversely impact a children’s perception of gender minorities and as such incite discrimination and hostility towards those minorities within their own society.

A textbook titled ‘Family Management and Lifestyles’, which is taught exclusively to girls in the 12th grade, the text advised girls, “If a man, from the outset of the marriage life, expects his wife to contribute to breadwinning, you better reconsider marrying this man, because, in such marriage life, you have to take over both men’s and women’s roles.” The underlying patriarchal structure of traditional culture as well as Iran’s domestic legal system puts all efforts to reinforce such strict gender roles and eliminate all gender-equal living patterns. For this purpose, the official education system plays a key role in the reproduction of gender discrimination and the upbringing of children in accordance with Islamic views on gender rather than gender equality.

The regime vigorously censors any content about LGBTQI+ rights to cut the access of families of an LGBTQ member to these contents. None of the educational platforms, dating websites or computer games are immune to this type of censorship.

Recently, a Mobile game app called ‘Apex Legends’ was removed from the app store Kafe-Bazar by the order of the regime’s monitoring working group. Soon after, this application was taken down from the Myket App store as well. Activists believe that gay and lesbian characters in this game were the reason for this censorship.

According to HRANA, the news agency of Human Rights Activists, there are about 15 inmates imprisoned on LGBTQ+ related charges in Wards 2 and 10 of Rajai Shahr Prison in Karaj.

In contrast, the 15 LGBTQ+ prisoners being held in these notorious wards have largely been detained on charges related to having consensual same-sex relationships, known as “Lavat”, which are forbidden under Islamic Law.

“From the very moment they come to prison, (these prisoners) are harassed and intimated by inmates convicted of violent crimes,” an informed source told HRANA. “Some of them are still waiting for legal proceedings after two to five years.”

In Iran, rather than serving to protect sexual minorities, the law is weaponized against them. Under Chapter 1, Section 2 of the Islamic Penal Code, adult men have been sentenced to flogging and even death, just for engaging in sexual intercourse with other adult men.

“Some of them have been long time held in prison without holding any court and conviction,” the informed source added. “They are living in hard conditions worsened by the treatment of fellow inmates.”

Honoring International Day Against Homophobia and Transphobia, HRANA published an extensive report on the violation of the rights of sexual minorities in Iran during the last year, which includes a list of individuals and institutions who have violated the rights of the LGBTQ+ community. This list has been collected by Spreading Justice, a database of human rights violators in Iran.