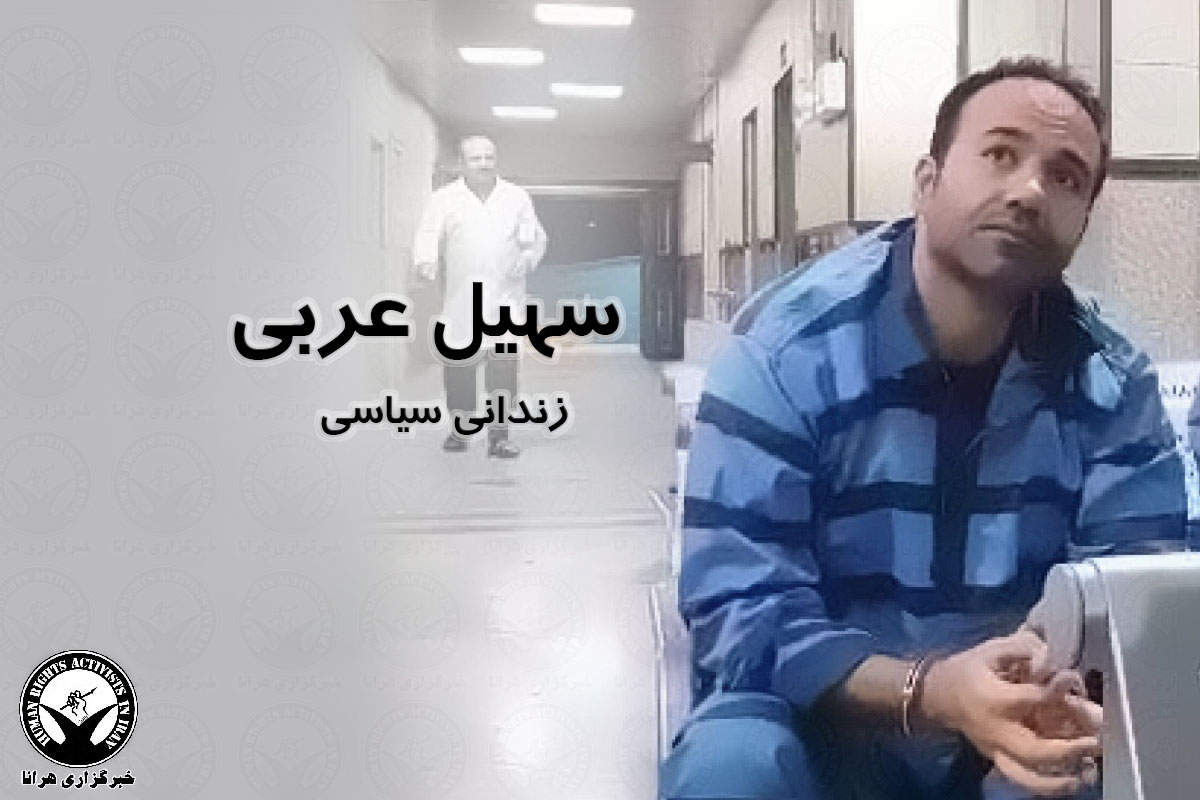 Soheil Arabi was on hunger strike for a month protesting prison conditions and denied medical treatment. He finished serving his 7 years imprisonment sentence when another case was opened for him and he was sentenced to another 8 years of imprisonment. He ended his hunger strike and wrote an open letter about his conditions and questioned prison’s budgets which was not spent on prisoners’ medical needs. He needs medical treatment for his deteriorating health conditions which part of it was caused by torture in prison.

In his open letter, he said “thanks to your support, my voice is heard. Some of the unresolved points in my case are clear and my treatments have started. Of course, the hunger strike is the last way to achieve our legal demands and now, with your efforts and support, the conditions are better. Although I still can’t eat or drink nothing but water with a little sugar and salt after the surgery, I want to draw our attention to more important issues. For example, what happened to 2.5 billion Tomans as the budget of the Greater Tehran Central Penitentiary? What is the reason behind budget deficit and who is responsible for the embezzlement?  Why this prison owes 1.8 billion Tomans to the hospital? How did meat disappear from prisoners’ meals during the three years of Ali Chaharmahali serving as the prison manager? What happened to the budget that was supposed to be spent on purchasing fresh vegetables and dairy for the prisoners, but prisoners don’t get to eat fresh vegetables and dairy, like meat, health care, and oil rigs that were disappeared! And finally, why stuff disappear in this country?  How do so many glass pipes are smuggled into the prison and there is no control over drugs smuggling into the prison? Why did the IRIB reporter refuse to drink the prison’s water while reporting from the prison?  How do you expect the prisoners to stay healthy under these conditions? For now, respecting the will of my mother and my friends who are worried about my conditions, I break my hunger strike and continue the treatment.

Soheil Arabi left the ward on April 22, 2020, and was transferred to the detention center of a security organization in Tehran and a few days later, because of his severe health conditions that occurred during interrogations, ileus and stomach bleedings, was transferred from the IRGC intelligence office’s detention center to the hospital and underwent surgery. On April 28, 2020, because of severe pain, Mr. Arabi was transferred to Firouzabadi Hospital in Tehran but because there was no prior coordination and because there was no empty bed in the hospital, he was released after a preliminary visit and was returned to the prison. He was eventually returned to Greater Tehran Central Penitentiary on April 29, 2020, without completing the treatment.

Mr. Arabi was also denied transfer to the hospital in November 2019 after he refused to wear a prison uniform, handcuffs, and foot shackles. Also, earlier last year, Mr. Arabi was taken to a security organization’s detention center and was interrogated with beating. Because of beatings, he was severely injured in his testicles and experience Blunt trauma. He has been suffering from the pain of this injury because of the negligence of the prison officials and not receive any kind of medical attention. Also, in contrast to the prison laws, he was told that he has to pay for the surgery of Blunt Trauma that is 60 million Tomans although, according to protocol issued by the Prison Organization, this organization is responsible for medical treatment of its prisoners.

Soheil Arabi was arrested and imprisoned on November 7, 2013, and has been denied furlough throughout the time he is serving his sentence. He is serving a 7 and a half years of the sentence in Greater Tehran Central Penitentiary. However, for two new cases that are recently opened against him in the prison, he was sentenced to imprisonment, exile, and paying fines by the Revolutionary Court of Tehran. In the first case, Mr. Arabi was sentenced to 5 years imprisonment for the charge of “insulting the religious beliefs, propaganda against the state and insulting the Supreme Leader” and for the other case “ distributing lies with intent to disturb public opinion and propaganda against the state” was sentenced to two years imprisonment, two years exile to Borazjan, and four million Tomans fine and for the charge of “damaging governmental assets” was sentenced to one year and eight months of imprisonment.  He is set to be released in May 2025.