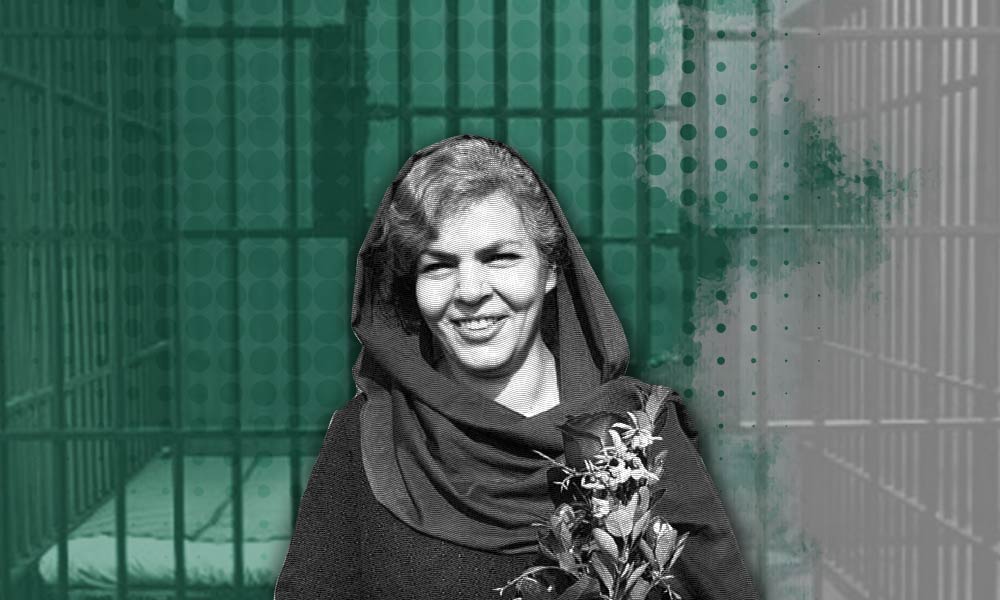 On Sunday, May 1, 2022, imprisoned civil activist Monireh Arabshahi was hospitalized due to poor health conditions.

According to HRANA, the news agency of Human Rights Activists, on Sunday, May 1, 2022, civil activist Monireh Arabshahi, who is currently jailed in Kachooie Prison in Karaj City, was dispatched to a hospital outside the prison.

She was sent to a prison health facility first and after a few hours, dispatched to a hospital outside the prison.

An informed source told HRANA: ” after surgery and Thyroid drainage, Arabshahi has to be under medical care by a physician to check her hormone levels, which is not possible in prison. Nonetheless, the prosecutor does not grant any medical furlough.”

Earlier, on August 4, 2021, Arabshahi was sent on medical furlough and on October 4, 2021, forced to return to prison despite unfinished medical treatment.

Also, on July 31, 2021, Arabshahi was dispatched to a hospital and was sent back to prison a day after without adequate medical treatment.

Despite poor health conditions, which make her unable to endure imprisonment, Arabshahi is still jailed in Kachooie Prison in Karaj City.

Yasamin Ariaani, Arabshahi’s daughter and an outspoken opponent of the compulsory hijab in Iran, who had been released after serving out her sentence on February 14, 2019, was also arrested again on April 10, 2019, on new charges.

One day after the arrest of her daughter, Arabshahi was also arrested and both were relocated to Gharchak Prison. Subsequently, both were sent to Evin Prison and finally to Kachooye Prison in Karaj.

Subsequently, Branch 28 of the revolutionary court convicted the mother and daughter to a total of 16 years in prison, which were later reduced to a total of 9 years and 7 months. They were charged with “assembly and collusion against national security”, “propaganda against the regime”,  and “provoking and provisioning of impurity and indecency”.