On Thursday, June 23, 2022, the scaffold workers of more than 22 companies went on strike and the medical personnel in Bojnurd held a protest.

Reportedly, in response, some employers have threatened them with termination. However, one of the petrochemical companies, Kian, promised to increase the wages.

On the same day of the presidential visit to North Khorasan Province, a number of nurses and medical personnel held a protest in front of the Governor-General building in Bojnurd to ask for their demands. 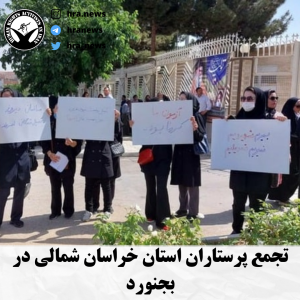