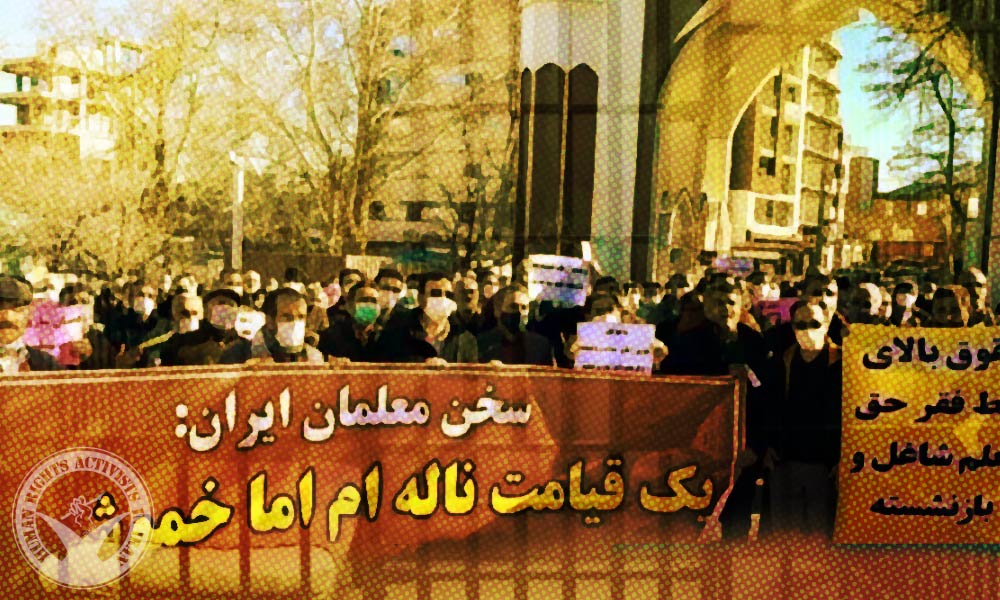 On June  15 and 16, 2022, several teachers and teacher union activists were arrested by security forces in the cities of Rasht, Saqqez, Khomeini Shahr, Mariwan, Divandarreh, Sanandaj and Delfan. HRANA, the news agency of Human Rights Activists,  was able to verify the arrest of 51 individuals.

According to HRANA, dozens of teachers and educators were arrested in different cities.

On Thursday, June 16, 2022, in response to the call of the Coordination Council of Iranian Teachers’ Trade Associations, active and retired teachers and educators held protests in front of the Ministry of Education in several cities across Iran.

In Tehran, a high number of police and security forces prevented the protestors from gathering near the parliament. Also, in Saqqez and Sanandaj, the heavy presence of plainclothes security agents was evident.

The protesting teachers demanded the immediate release of detained teachers, the implementation of the “Job Ranking Plan” as passed in Iran’s parliament, closing the gap in pensions, free education for students, and a maximum class size of 16.

The following is a confirmed list of individuals arrested in each city:

And in Delfan, Lorestan province, one arrested teacher was identified as Parviz Eini.