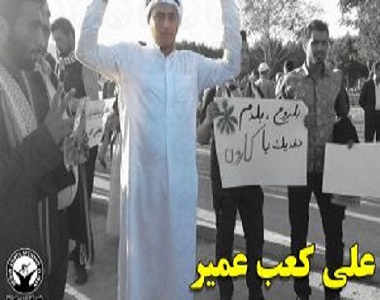 HRANA News Agency – Ali Kab Aamir, 17, from Kian Abad in Ahvaz was arrested by the Ahvaz intelligence office at his house. The hand of the teenager broke while being arrested as a result of his resistance and protest of his family. It is said that his mother was shocked and is hospitalized due to her critical condition.
According to the report of Human Rights Activist News Agency in Iran (HRANA), Ali Kab Aamir’s relatives told that during the home inspection, the family’s computer and several mobile phones were seized by intelligence ministry of Ahvaz and he was taken to an unknown location. END_OF_DOCUMENT_TOKEN_TO_BE_REPLACED