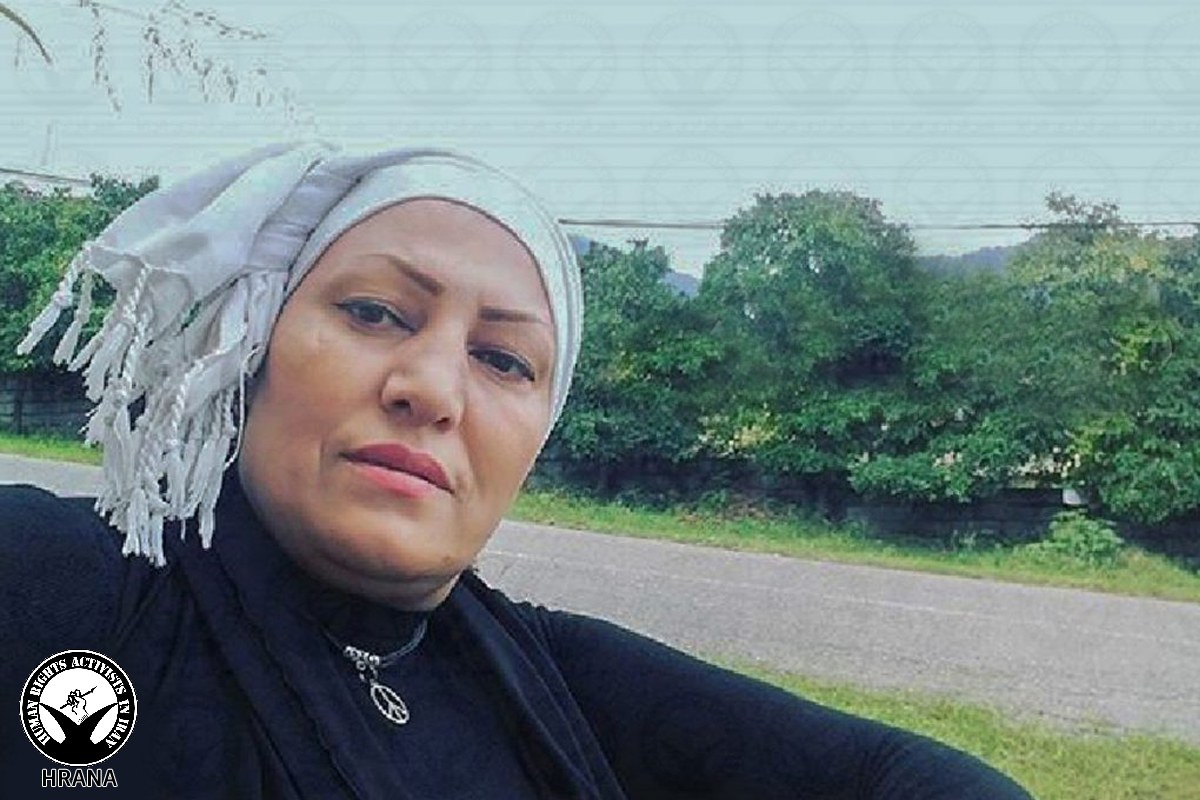 Human Rights Activists News Agency (HRANA) – On the shore of the Caspian Sea in the city of Tonekabon, authorities at Nashtaroud Prison are still withholding medical care from political prisoner Mahin-Taj Ahmadpour, who has now been on hunger strike for ten days.

Sentenced to 10 months in prison for her participation in the January protests, Ahmadpour has been on hunger strike since September 10th, in protest of her restricted access to both medical care and the prison telephone.
Her strike is also a revolt against prison authorities who, as a form of coercion or harassment, reportedly threatened to open new charges against her.

An informed source told HRANA that prison officials have displayed apathy toward Ahmadpour’s anxiety about her condition. “On Thursday, September 13th, Ms. Ahmadpour felt sick and asked prison authorities for a transfer to an outside hospital, or to allow her family to bring medications to her, but the authorities ignored her pleas,” the source said.

Concerned at her frail state and steep drop in blood pressure, Ahmadpour’s ward mates brought her to authorities again in hopes of obtaining her treatment. A few hours later, the ward mates learned she had instead been transferred to solitary confinement.

“They said that she would be held there until she broke her hunger strike,”  the source said. “She was sent back to the ward last night, without having been treated, and still on strike.”

Per her treatment plan for anemia, Ahmadpour should receive seven units of blood every month. An informed told HRANA that monthly blood infusions were also recommended for her as a preventative measure against leukemia. Despite her diagnosis and supporting medical documentation, however, prison authorities are adamant about denying her requests for a medical transfer.

Mahin-Taj Ahmadpour is a 46-year-old resident of Tonekabon. A peddler by trade, she was arrested along with 14 other residents during widespread rallies that took place in January 2018 across Iran, known as the January Protests. The Revolutionary Court of Tonekabon sentenced eight of these arrestees to 28 months’ imprisonment, divided among the defendants. Branch 101 of Criminal Court No. 2 of Tonekabon, presided over by Judge Ebrahimi, also sentenced six of the arrestees to 24 collective months of prison time.

Ahmadpour was first sentenced May 2, 2018, in Branch 101 of Tonekabon Criminal Court No. 2 to serve a six-month prison sentence on a charge of “disrupting the public peace through participation in an illegal gathering.” On August 11, 2018, Tunekabon’s Revolutionary Court compounded the sentence with four months’ imprisonment for “propaganda against the regime.” As evidence against her, the court cited a combination of law enforcement reports and images and video taken during the January protests in Tonekabon.