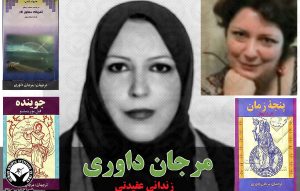 According to the report of Human Rights Activists News Agency in Iran (HRANA), the death sentence of Marjan Davari was rejected by Branch 47 of the Supreme Court. END_OF_DOCUMENT_TOKEN_TO_BE_REPLACED