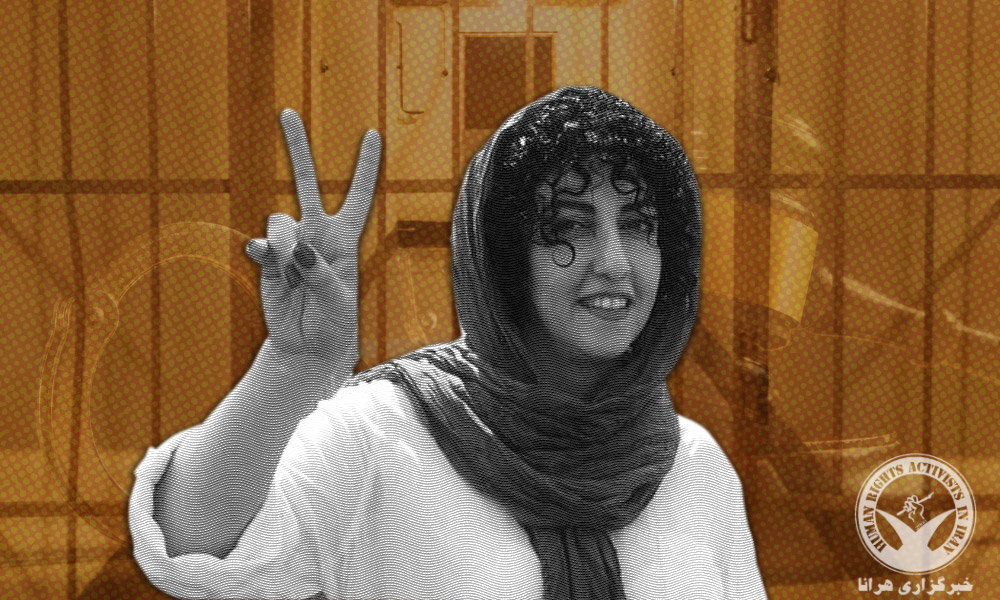 Prominent civil activist and spokesperson of the Defenders of Human Rights Center Narges Mohammadi was arrested earlier this Tuesday during a ceremony honoring Ebrahim Ketabdar, who was killed by security forces in Karaj during the November 2019 protests.

According to HRANA, the news agency of Human Rights Activists, a gathering of the victim’s family and some civil activists at Ebrahim Ketabdar’s burial place in Karaj city turned violent after the interference of security agents, and Mohammadi was subsequently arrested.

This year, Branch 1177 of the Criminal Court in the Ghods Judicial Complex in Tehran sentenced Narges Mohammadi to 30 months in prison and 80 lashes, as well as fines. She had been charged with “propaganda against the regime through the issuance of a statement against the death penalty”, “sit-down strike at prison office”, “property destruction by breaking glass” and “libel and assault”.

According to a report published by HRANA, in an open statement, Narges Mohammadi stated of these charges that she will not, “under any circumstances”, attend any court hearing, and will refuse to accept any verdict from the judiciary courts.

From May 5, 2015, until October of last year, Narges Mohammadi was imprisoned.

In December 2019, Mohammadi and seven other political prisoners in the women’s ward of Evin Prison announced in a letter that they would go on a sit-down strike in support of bereaved families who lost loved ones in November 2019 national protests. Evin Prison officials threatened to deport her and others who participated in the strike to prisons known for their harsher conditions. Subsequently, she was punitively transferred from Evin Prison to Zanjan Prison in December 2019.

Based on Article 134 of the Islamic Penal Code and the charges against her, a severest punishment of 10 years was enforceable, but after five years and six months in prison, Narges Mohammadi was finally released from Zanjan Prison. Mohammadi has since been denied a passport and barred from leaving the country to visit her husband and children even though her previous conviction did not mention a supplementary ban on international travel.