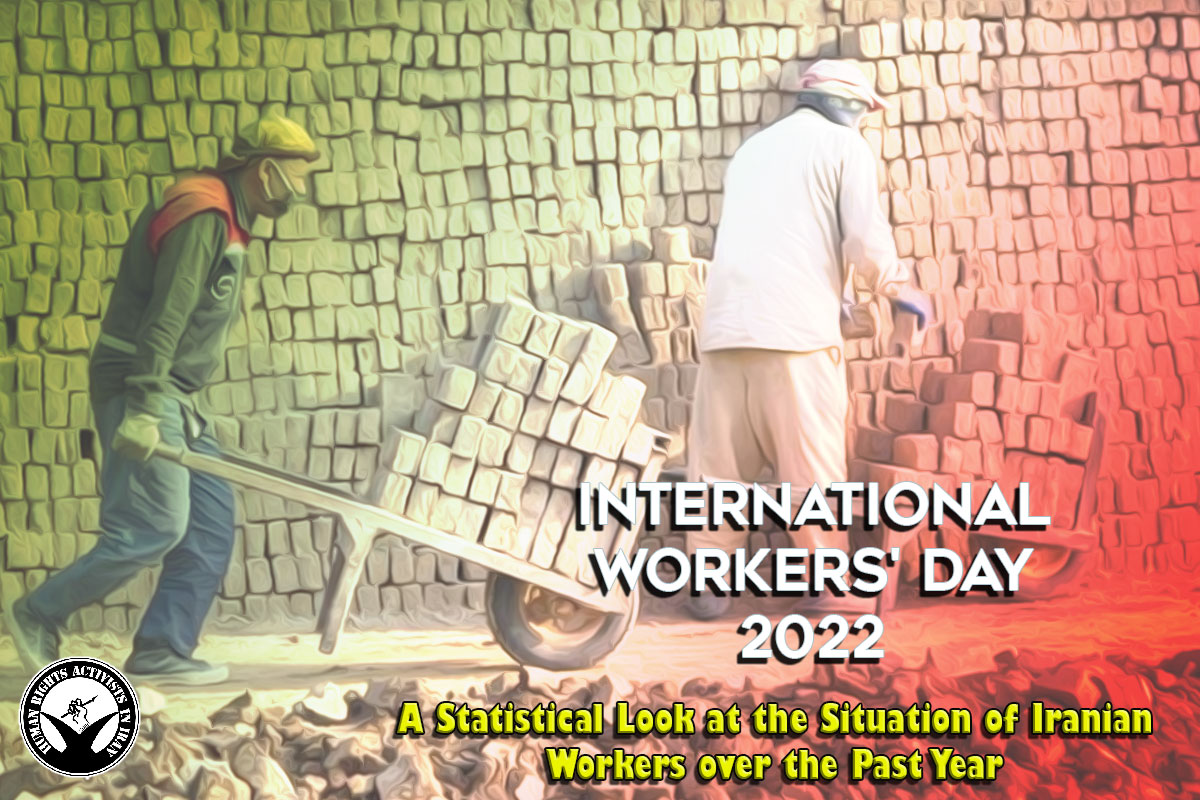 “Worsening workers’ livelihood rings the alarm. They have to ration a rice sack for the next three months. Many items have vanished from their […] baskets and they [can] afford nothing else but loaves of bread. In this situation, this year, they […] face new problems such as the plan to remove Social Security booklets, mass layoffs, discrimination in recruitment against native laborers, inflation and sky-rocketing prices.”

Ahead of International Workers’ Day, Human Rights Activists in Iran (HRA) highlights the most crucial issues faced by the Iranian worker during past year. Specifically, this report details issues related to wages, wage arrears (or withheld wages), workplace safety, and union rights.

Iran is rank 102nd in the world in terms of occupational safety. According to the Statistics and Publication Center of HRA, over the past twelve months (from May 1, 2021, to April 27, 2022), at least 10,895 workers have been killed or injured in work related accidents. This number is a combination of reports made by State media and workers’ rights organizations.

During this period, at least 10,084 workers were injured at work, of which 9,385 cases have been mentioned in 14 official reports or have been part of comments made by officials at either national or provincial levels, and the remainder, 699 cases, were reported by civil and labor rights associations.

At least 811 workers lost their lives in work related accidents, of which 438 deaths were reported by 13 official reports and the remainder, 373 deaths, were not mentioned by officials, but were reported by independent organizations.

According to official reports, falling from tall heights is a leading cause of death in work related incidents, responsible for 41.5% of workplace deaths over the past ten years.

It is worth noting that although the above-mentioned statistics are  high and thus are of grave concern, one must consider that the numbers do not cover all cases and that actual numbers are presumed much higher.

The regimes lack of transparency remains a concern. The official figures do not add up. The Iranian Legal Medicine Organization stated that “during the last 10 years (2008-2018), 15,997 workers lost their lives in work accidents, of which 230 were women.” Based on these figures, the average number of work related casualties would be significantly higher than the officially-announced death toll of 438.

According to statistics compiled by HRA’s Statistics and Publication Center, at least 45,462 workers have more than 1,366 combined months of wage arrears. 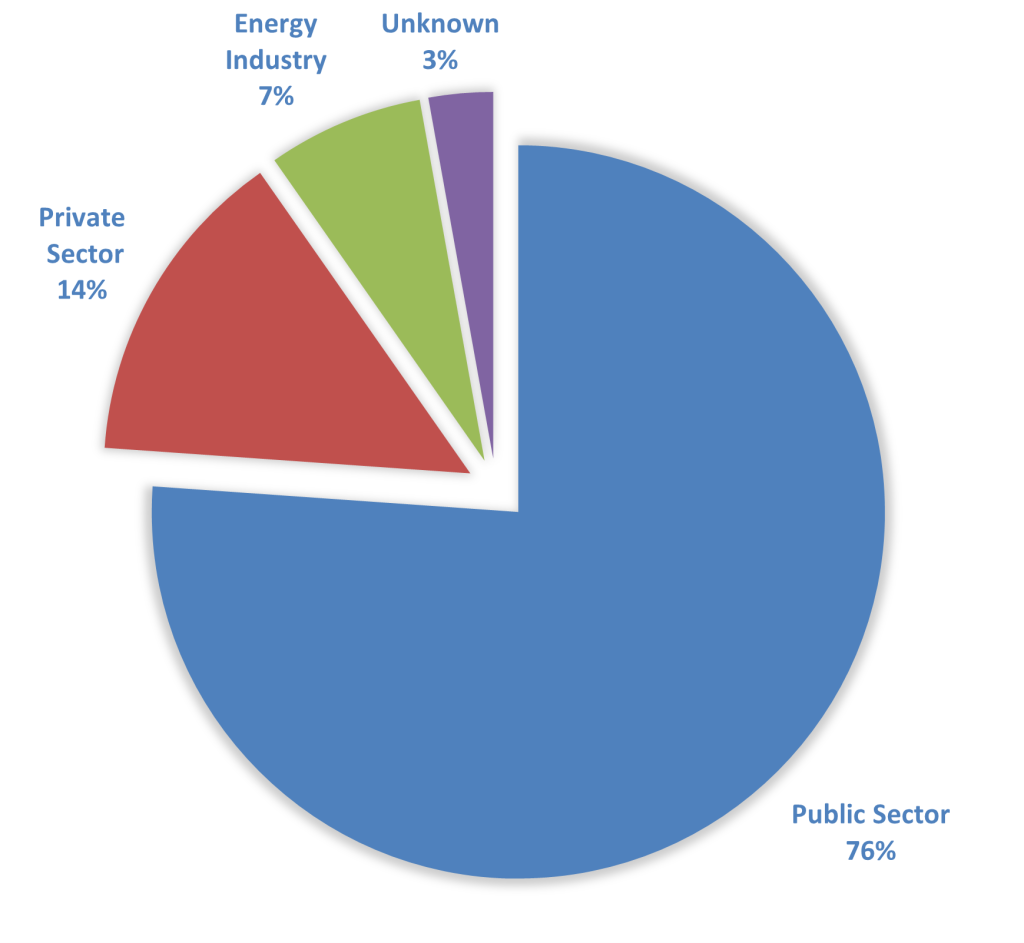 Figure 1: the distribution of wage arrears

Based on data gathered by HRA’s Statistics and Publication Center figure 1 shows the distribution of wage arrears among various economic sectors. The public sector companies and organizations are responsible for 76%. The private sector and energy industry are  14 and 7% respectively. The nature of the organizations responsible for 3% of these wage arrears remains unknown.

Unfortunately, many official reports fail to provide the number of workers awaiting wage arrears, which prevents the reporting of an accurate number.

Media and civil society organizations have reported 589 workers’ protests and 1,741 trade union protests, which  have increased by 57.6% and decreased by 0.6% resepctively compared to the previous year.

Major labor events in the country over the past year include the workers protests of Haft Tappeh Sugarcane Company, Kut-e Abdollah Municipality, Railway Services & Technical Construction Engineering Company, and the working and retired teachers and social security pensioners.

Over the past 12 months, numerous cities across the country witnessed a wide range of labour protests with various demands such as addressing insurance issues and wage arrears, the latter sometimes accumulating up to 30 months.

In total, 383 labour strikes and 397 union strikes have been reported, which shows a large increase of 70% and 99% respectively.

Solidarity among workers in various occupations has grown. Workers have to tackle formidable obstacles of suppression, denial of workers’ rights to protest, suppression of any attempt toward unionization and forming independent labour organizations, and the arrest and imprisonment of labour activists. These challenges present hurdles to many things but notably to organization.

There are no labour unions in the conventional sense. Workers’ efforts to form an independent workers union are suppressed by security and politically-tainted allegations against workers’ rights activists.  A striking illustration of such allegation and suppression can be seen in the cases of the Syndicate of Workers of Tehran and Suburbs Bus Company, Haft Tappeh SugarCane Syndicate, the Coordination Council of Iranian Teachers’ Trade Associations and the Independent Iranian Workers Union (IIWU).

Many workers have been summoned, arrested or convicted for peaceful activities such as protests against low wages, signing a petition in support of labour unions, posting photos of workers’ demonstrations on the internet or even receiving an invitation letter to attend world trade union meetings.

At least 69 workers and workers’ rights activists have been arrested in the past 12 months. The top three cases are the arrest of 30 citizens during International Labor Day rallies, 9 workers of Municipality of Ahvaz, and 4 workers of Mobin Mining and Road Construction.

Additionally, 7 workers and workers’ rights activists have been sentenced to a combined total of 248 months imprisonment, a combined total of 124 lashes and paying a combined total fine of 23 million Tomans. In the reporting period, 7 workers committed self-immolation, and 8 workers committed suicide. 2 workers were beaten by the security forces. 20 were summoned by security or judicial institutions. 2,576 workers were subjected to layoffs; 8,250 involuntarily lost their jobs; 1,645,739 workers remain deprived of any labour insurance scheme; 8,978 workers were suspended from work due to factory closure or other reasons for which the employer is liable.

Moreover, 185 trade union activists were arrested. 7 activists were sentenced to a combined total of 229 months imprisonment. 52 individuals were summoned by security or judicial authorities and 3,555 businesses were closed by Public Security Police or other authorities.

During the past 12 months, retired and working teachers and educators from dozens of cities across the country staged numerous protests, strikes, and rallies to ask for their demands. 1,030 protest gatherings and 372 labour strikes have been recorded. Following these protests, 50 teachers were summoned, 12 were convicted, 9 were subjected to violence by police and security forces and one teacher committed suicide. 6 teachers and teachers union activists were sentenced to a combined total of 169 months in prison and a combined total fine of 21.5 million Tomans.

Prohibition of child labor and the provision of free education for children, the establishment of the highest level of safety standards in the workplace, and the elimination of discriminatory laws for women and migrant workers are other demands of the working community. “These practices must also be the demands of the international community as they are in fact the States obligations under international law,” says Skylar Thompson, HRA’s Senior Advocacy Coordinator. “Iran must ensure provisions are in place to protect workers rights and that includes their right to peaceful assembly and association.”

Iranian Women’s participation in the labour market is significantly less than men. In addition, women carrying less legal protections broadly in Iran’s judicial framework are less protected by labor law and receive fewer benefits. As a result, female workers have less bargaining power than their male counterparts. Production and industrial employers are also less inclined to employ married women, and in some cases employ single women with a pre-condition not to marry or become pregnant, practices which are in it of themselves discriminatory and vastly problematic.

On raising the minimum wage and its effect the economic situation of the Iranian people, the board member of the Islamic Labour Council of Tehran Province, Alireza Fathi stated: “This begs the question of whether raising the minimum wage at the beginning of each year can catch up with the inflation jump in the first three months of the year, which reduces workers’ purchasing power to one third.”

Likewise, the head of the National Center of Construction Workers Associations, Akbar Shokat stated: “high inflation and soaring prices on a daily basis have worsened workers’ livelihood to such an extent that the minimum wage announced for this year can only cover the living costs for a few days in one month.”

A worker of the Municipality of Mariwan describes their diminishing purchasing power: “We have not eaten meat for many months. We spare the yoghurt only for our guests. Earlier, we could afford tomato or potato omelettes several times a week. Now, with such high prices of eggs, we have to suffice to cooked or fried potatoes.”

The head of the Bushehr Trade Association explains how workers’ problems last year have doubled: “Worsening workers’ livelihood rings the alarm. They have to ration a rice sack for the next three months. Many items have vanished from their consumption basket and they afford nothing else but the loaves of bread. In this situation, this year, they have to face new problems such as the plan to remove Social Security booklets, mass layoffs, discrimination in recruitment against native laborers, inflation and sky-rocketing prices.”

As many experts and workers’ rights activists point out, the minimum wage as announced by The Supreme Labor Council falls lower than the actual inflation rate and consumption expenditure of households. Among other reasons, this explains the increase in workers’ protests and their disempowerment to raise their voices.

Prohibition of child labor and the provision of free education for children, the establishment of the highest level of safety standards in the workplace, and the elimination of discriminatory laws for women and migrant workers are other demands of the working community. “These practices must also be the demands of the international community as they are in fact the States obligations under international law,” says Skylar Thompson, HRA’s Senior Advocacy Coordinator. “Iran must ensure provisions are in place to protect workers rights and that includes their right to peaceful assembly and association.”

As Iranian workers celebrate International Workers’ Day there is little prospect of improvement through domestic reform or remedy nonetheless the State remains obligated to uphold its international human rights obligations under both the ICCPR and the ICESCR. Therefore the State is obligated to respect, protect, and fulfill the rights of workers and labour rights activists both in the workplace and when choosing to take to the streets in peaceful assembly or to gather in association. 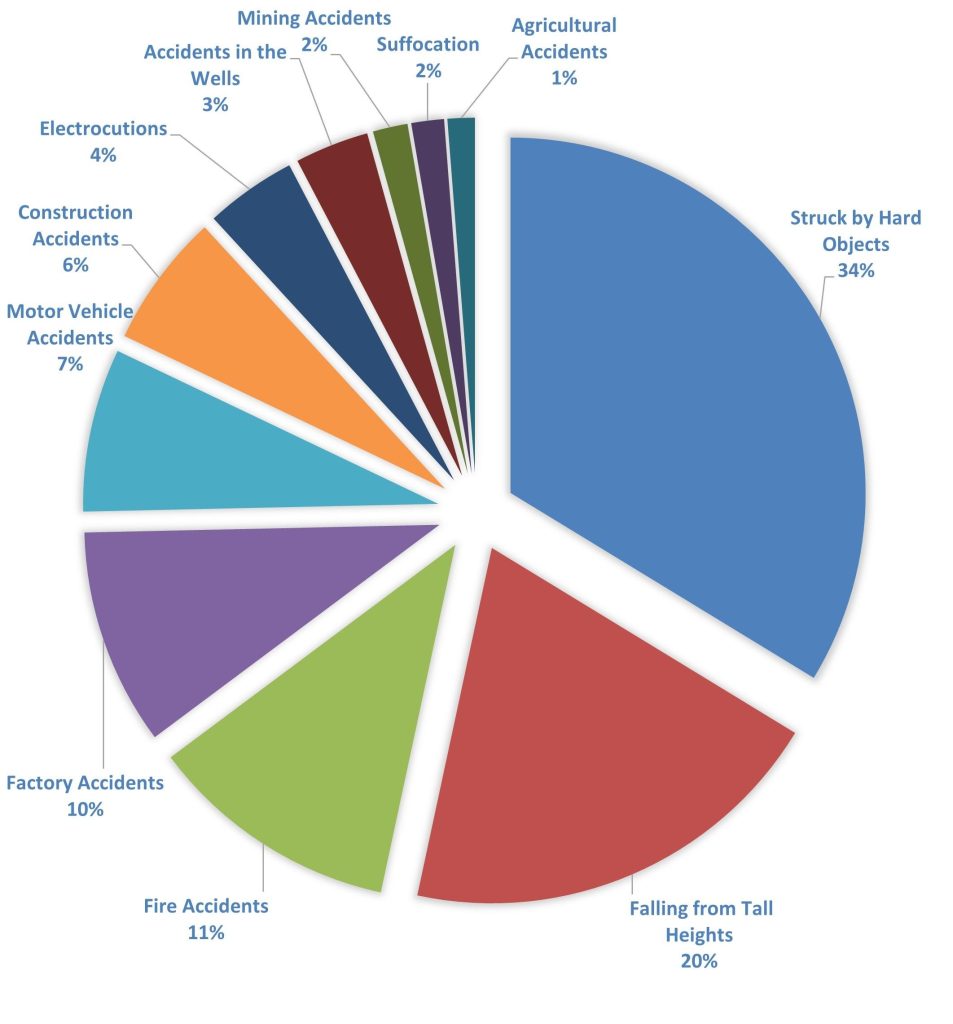