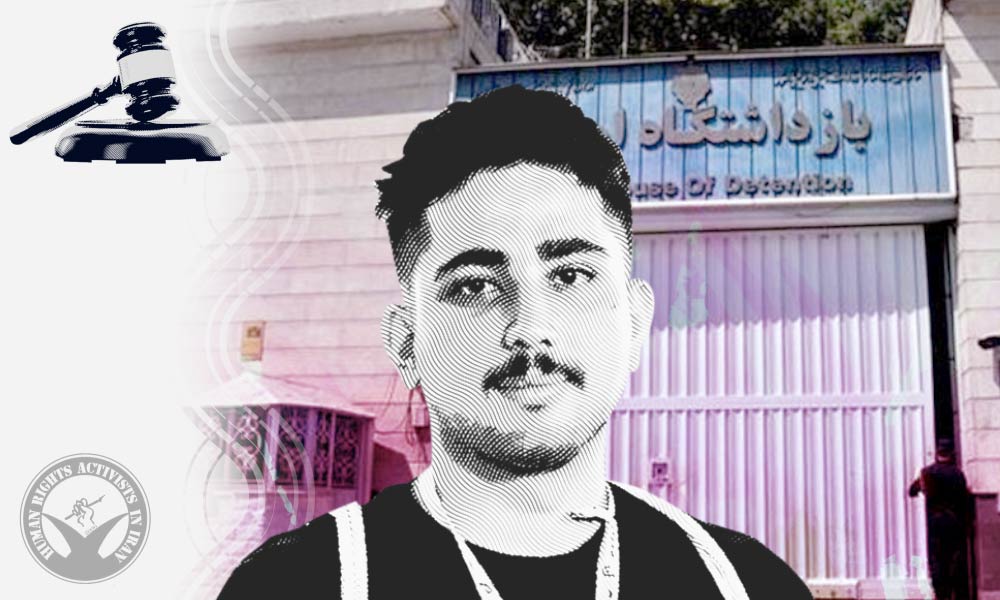 In the first hearing, Parham Paravari was charged with “enmity against the God (Moharebeh)” a charge that can result in severe punishment. On October 4, 2022, Paravari was arrested amid protests in Tehran.

According to HRANA, the news agency of Human Rights Activists, Parham Paravari has been charged with “enmity against the God (Moharebeh).”

In a video published on social media, his father, Mazhar Parvari stated, “forty days ago, when my son was returning home from work, he was arrested by security forces in the street where protests were taking place. Since then, he has been jailed in Ward 209 of Evin Prison.”

Since the outbreak of nationwide protests, over 15000 people, including journalists, lawyers, teachers, students and civil rights activists, have been arrested. For more details and statistics on the nationwide protest across Iran, read HRANA’s comprehensive report here.