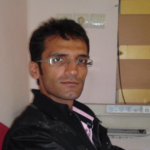 HRANA News Agency – Although a quite long time has passed from the time that Seyed Mehdi Khodaei should had been released from prison, but his family was threatened to pursue his case, by the authorities of Branch 54 of the General and Revolutionary Appeal Courts in Tehran, when this imprisoned human rights activist’s family chased his case in this Branch.

According to the report of Human Rights Activists News Agency in Iran (HRANA), during the last days judge Poor Arab, president of the court of the Appeal, Branch 54, had told the family of Mr. Khodaei, that with regard to the application of Article 134 of the Penal Code Act 2013, their son’s sentence has been reduced from 7 years to 5 years. As he has spent more than five years and a half of his imprisonment, his family attempted to follow the process of his freedom, surprisingly, authorities of Branch 54, behaving offensively, gave them a warning, with respect to any follow-up on the situation of the case. END_OF_DOCUMENT_TOKEN_TO_BE_REPLACED 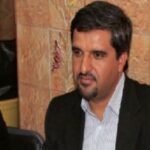 HRANA News Agency – Mohammad Davari has been transferred back from ward 240 to ward 350 of Evin prison on April 23rd.

According to the report of Human Rights Activists News Agency (HRANA), Mohammad Davari had been taken to the solitary confinements of ward 240 during the raiding of prison guards in ward 350. END_OF_DOCUMENT_TOKEN_TO_BE_REPLACED

6 political prisoners tranferred back to ward 350

HRANA News Agency – 6 political prisoners have been transferred back from the solitary confinements of ward 240 to the ward 350 of Evin prison on April 22nd.

According to the report of Human Rights Activists News Agency (HRANA), Mehdi Khodai, Yashar Darolshafa, Sorush Sabet, Majid Asadi, Houtan Dolati and Amire Reza Zade had been transferred to the solitary confinements after the raiding of the prison guards in ward 350. END_OF_DOCUMENT_TOKEN_TO_BE_REPLACED

According to the report of Human Rights Activists News Agency (HRANA), Mehdi Khodai, the political prisoner of Ward 350 of Evin prison, was transferred to prison clinic on trolley due to sever ague caused by an infectious disease and was sent back to the ward just after an injection on Tuesday February 25. END_OF_DOCUMENT_TOKEN_TO_BE_REPLACED 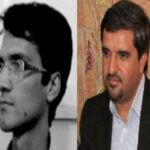 HRANA News Agency – Mehdi Khodai and Mohammad Davari have returned to the section 350 of the Evin prison while their vacation has been finished.

According to a report by Human Rights Activists News Agency (HRANA), Mehdi Khodai and Mohammad Davari returned to the Evin prison couple of hours ago. END_OF_DOCUMENT_TOKEN_TO_BE_REPLACED