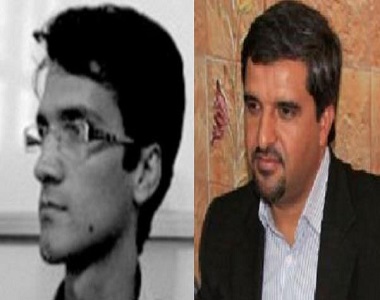 HRANA News Agency – Mehdi Khodai and Mohammad Davari have returned to the section 350 of the Evin prison while their vacation has been finished.
According to a report by Human Rights Activists News Agency (HRANA), Mehdi Khodai and Mohammad Davari returned to the Evin prison couple of hours ago.
Mehdi Khodai is the former secretary of the Islamic Society of Shahre Rey Azad University and a member of Human Rights Activist has come for vacation on March 20, 2013 after 3 years.
Mohammad Davari is the Editor of Saham News Website and had been in the prison since September 2009. He had a heart problem when he heard his brother’s death and was transferred to hospital. He had been on the vacation since February 20, 2013 however he was not allowed to take part in his brother’s funeral.