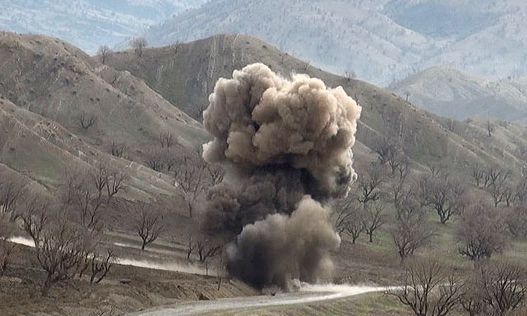 On Thursday, May 6th, a kolbar was injured in the leg after a landmine left over from the Iran-Iraq war exploded in the border area of Nowsud.

According to HRANA, the news agency of Human Rights Activists, quoting Kurdpa, the citizen has been identified as Nader Saberi, son of Mr. Barakhas, from Tilkuh village in Kamyaran.

Every year, landmines cause the death and injury of several compatriots in border areas. About 42,000 square kilometers of land in Iran is contaminated with leftover landmines and unexploded ordnance from the Iran-Iraq war.

The Iranian regime continues to produce and plant anti-personnel mines, and, contrary to international conventions, the regime believes that using these mines is the only effective way to secure the country’s long borders.

Accordingly, they have planted mines on border areas with Afghanistan, Pakistan, and Iraq. During the conflicts of the 1980s in Kurdistan, mines were planted in this region, as well.