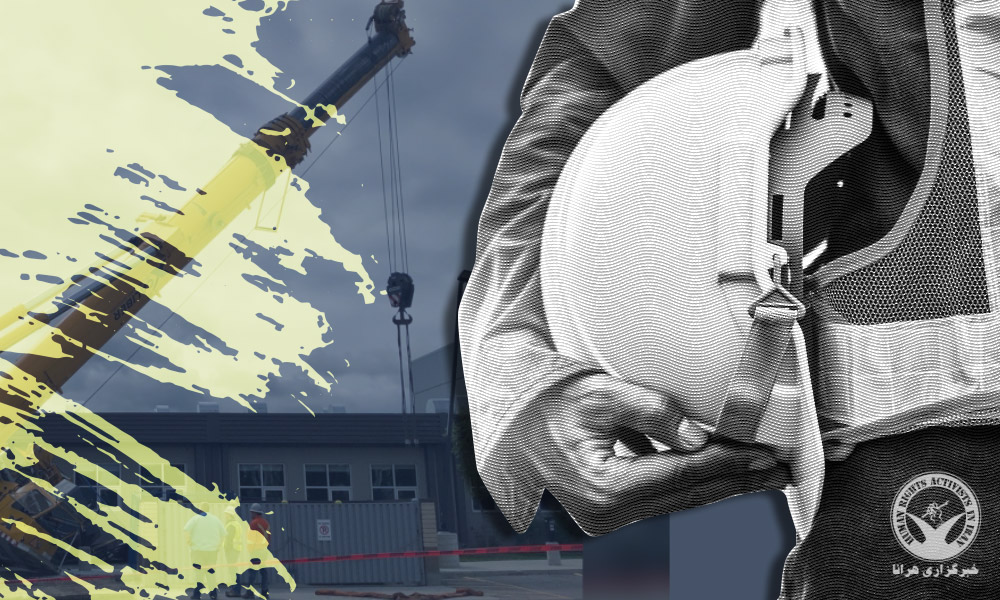 On Saturday, November 20, in three separate workplace accidents, sixteen workers were injured and one worker was killed. In one of these accidents, the owner of a building was also killed.

According to HRANA, the news agency of Human Rights Activists, quoting Borna News Agency, in Qazvin Province at the construction place of a wheat silo, a crane fell on the silo, which lead to the death of one worker and the injury of 12.

Qodratollah Mehdikhani, the head of Crisis Management Organization of Qazvin Province commented on the tragedy.

“Around 1:15 am, in Lak Village a crane fell over an under-construction silo and a part of the walls collapsed. 12 workers were injured and one other was killed,” Mehdikhani said.  “The rescue mission lasted until 6 am. Five workers were sent to a hospital in Qeydar City and seven others to several hospitals in Qazvin City. Unfortunately, one worker was killed from severe injuries and five of twelve workers have critical injuries. The crane did not meet the required safety standards.”

In another workplace accident, three workers were injured from an explosion, which caused a fire, in an old building in the Atabak District in Tehran.

“At 21:22, the fire department 125 of Tehran was alerted about a fire incident in an old building, in which the first floor was used as a warehouse by a workshop for bags and textile and leather products, ” the spokesperson of Tehran Municipality Fire Department said. “The  second floor was used as a restroom for workers from Afghanistan.”

“The fire took over the entire building and two of three workers were surrounded by fire in their room and could not leave.” the spokesperson added. “The firefighters reached the room by extinguishing the fire and rescued two workers. All three injured workers were hospitalized. Part of the building walls collapsed due to heat and explosions.”

In another workplace accident in Isfahan, during construction work in a building, the roof fell on the owner and a worker. In this accident, the owner was killed and a worker was injured severely.