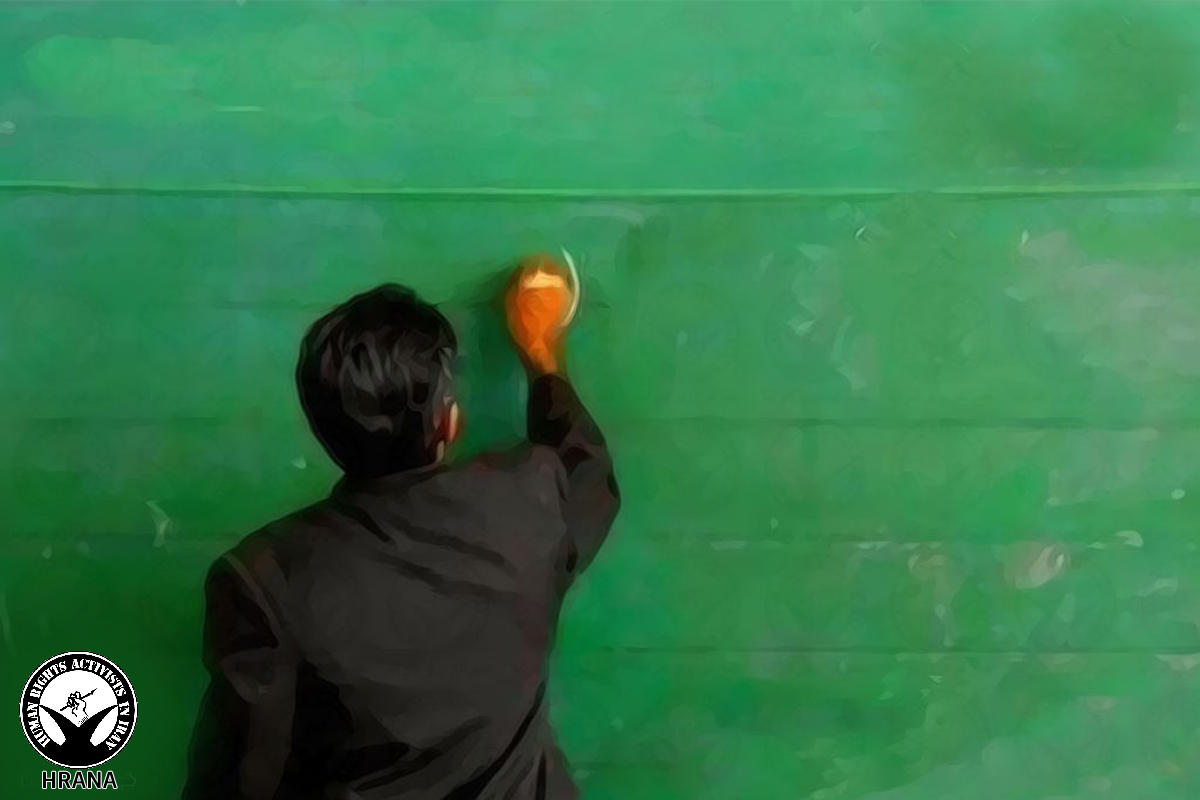 Human Rights Activists News Agency (HRANA)- The Coordinating Council of Teachers Syndicates in Iran (CCTSI) has issued a statement critical of the Ministry of Education, drawing public attention to a trend of paltry compensation for teachers.

The statement calls for teachers and other pedagogical staff to stage sit-ins in the administrative offices of schools this coming October 14th and October 15th [the work week in Iran runs from Saturday to Thursday]. It also asks teachers to sensitize students by explaining to them in advance the civic impetus behind the sit-ins to come.

Teachers both active and retired have been scraping by on painfully low wages for years. They protest cuts to school budget allocations and the unconstitutional shift of educational duties from the shoulders of schools to the shoulders of the people. Teachers have stood their ground in civic and community actions [on behalf of concerns] that officials never deign to acknowledge. No, it seems they are preoccupied with staying in power, defensively clutching their spoils. They think only of their own interests, those of their small inner circle, and those of some citizens in other countries.

Out-of-control inflation and climbing prices have gripped the country, and the purchasing power of teachers, like that of many other hard-working classes, has fallen significantly. What’s more, the cost of education is on the rise, and the Iranian government and parliament have failed to answer to teachers’ faltering quality of life and the ailing education system. The time has come for us to protest this systemic disorder.

All have come to feel that the Ministry of Education, as the face and custodian of this system encompassing millions of people, is without a practical program or vision for improving our educational infrastructure. Instead of attending to the quality of formation and to teachers’ livelihoods, the ministry opts increasingly for monetizing education and impoverishing teachers.

The Public Service Law, which was passed in 2007, has yet to be implemented 10 years later.

The bill on teacher ranking is postponed month after month.
The Teachers’ Savings Fund has been looted, and according to the Fund’s inquiry committee, 18 million tomans [approximately $1,200 USD] is missing from each teacher’s share.

Teacher’s salaries have not kept up with the rate of inflation, and in practice, a majority of teachers live below the poverty line. At the same time, there are fewer and fewer public schools, and those still in operation [depend on separate funding] to run.

The security apparatus and judiciary, rather than pursuing those responsible for corruption and the robbery of our society, prefer to threaten, exile, fire, and imprison teachers who express their needs and pursue justice.

On behalf of workers in the education system both active and retired, CCTSI has exhausted available paths for bettering our current conditions. Teachers have voiced their demands in meetings and letters to officials, published them in statements, launched them as campaigns, and hosted syndical rallies for them. But the regime and the government refuse to take even a single step towards addressing those issues.

We are going to stage sit-ins because teachers can’t go to class in these conditions. In any case, classes held in makeshift camps, overcrowded to the extreme, can hardly be put to any use.

For the reasons discussed above and the many others we have voiced before, CCTSI calls on educational staff of all levels across the country to stage sit-ins in the offices of their schools on Sunday, October 14 and Monday, October 15. We ask that they refuse to go to classes and that they raise students awareness on the factors compelling this initiative.

We ask the school principals to join in and to refrain from harsh treatment of our colleagues. We warn security offices and institutions not to retaliate against the teachers taking part in demonstrations. We have tasted detention and incarcerations, and some of our brave colleagues are still in chains today. We ask that you lay down your weapons of repression.

This October sit-ins are only the beginning: if we don’t see swift, constructive, and concrete changes to the pay slips of active and retired educational employees, and to per-capita funding of students, we will escalate our general strikes come November.

We ask our retired comrades to come visit their local colleagues carrying a flower. Employed colleagues who are off on [the strike days] must also join in, at a school close to their home or in the school where they work.
Teachers believe in the common right to a dignified life, and in access to free, fair, and quality education for all children.

The Coordinating Council of Teachers Syndicates in Iran
October 10th, 2018 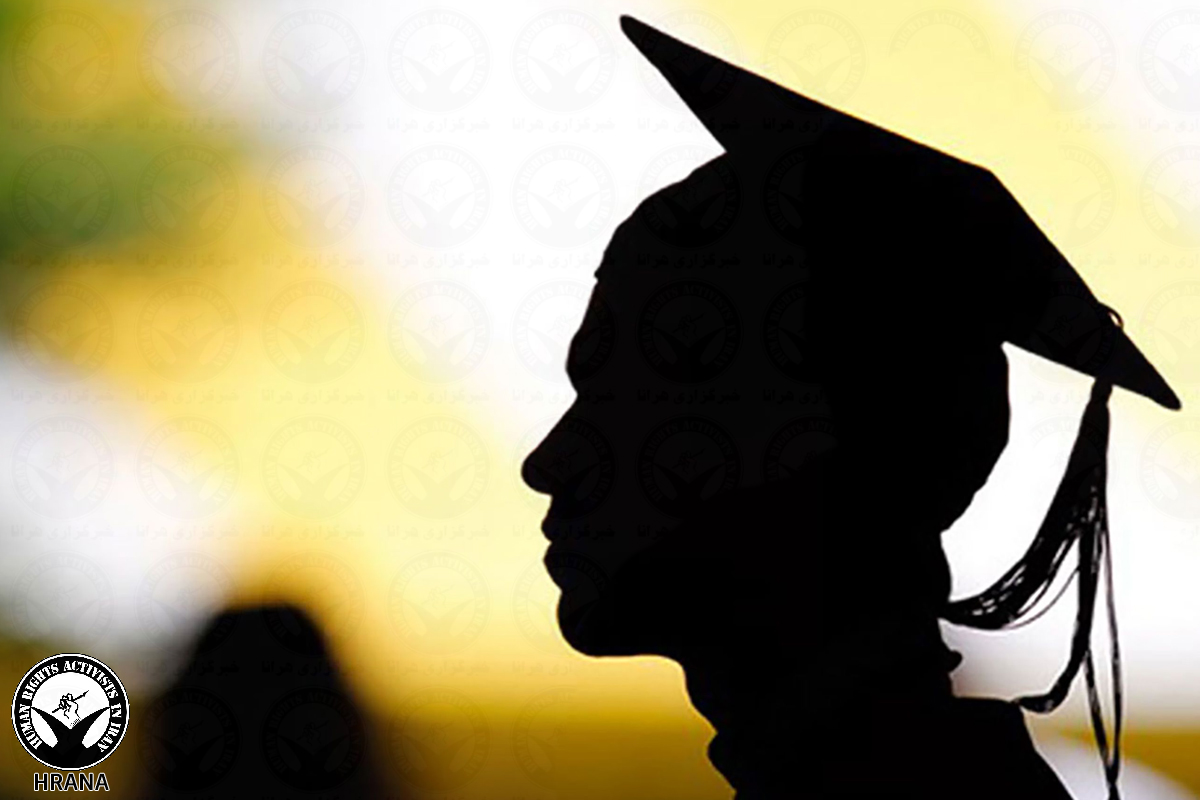 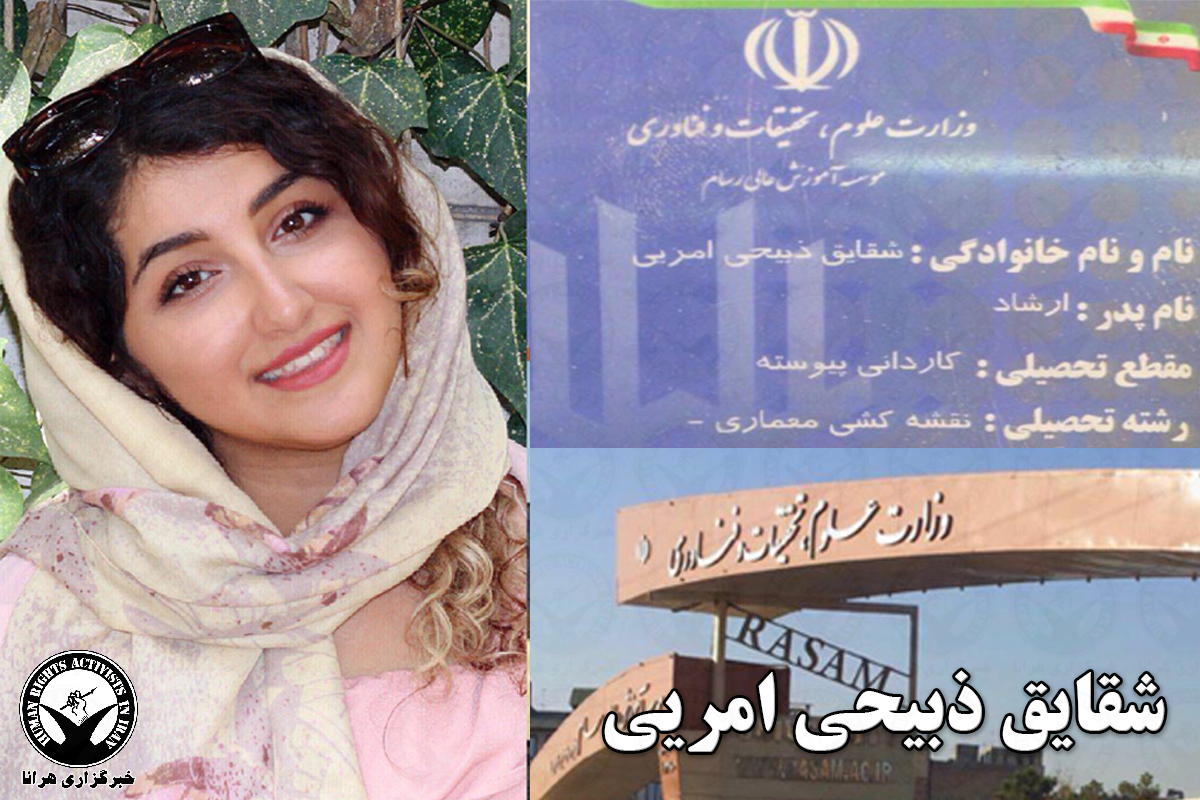 An informed source told HRANA that “deficiency on file” is the routine excuse for preventing Baha’i students from entering institutes of higher education. 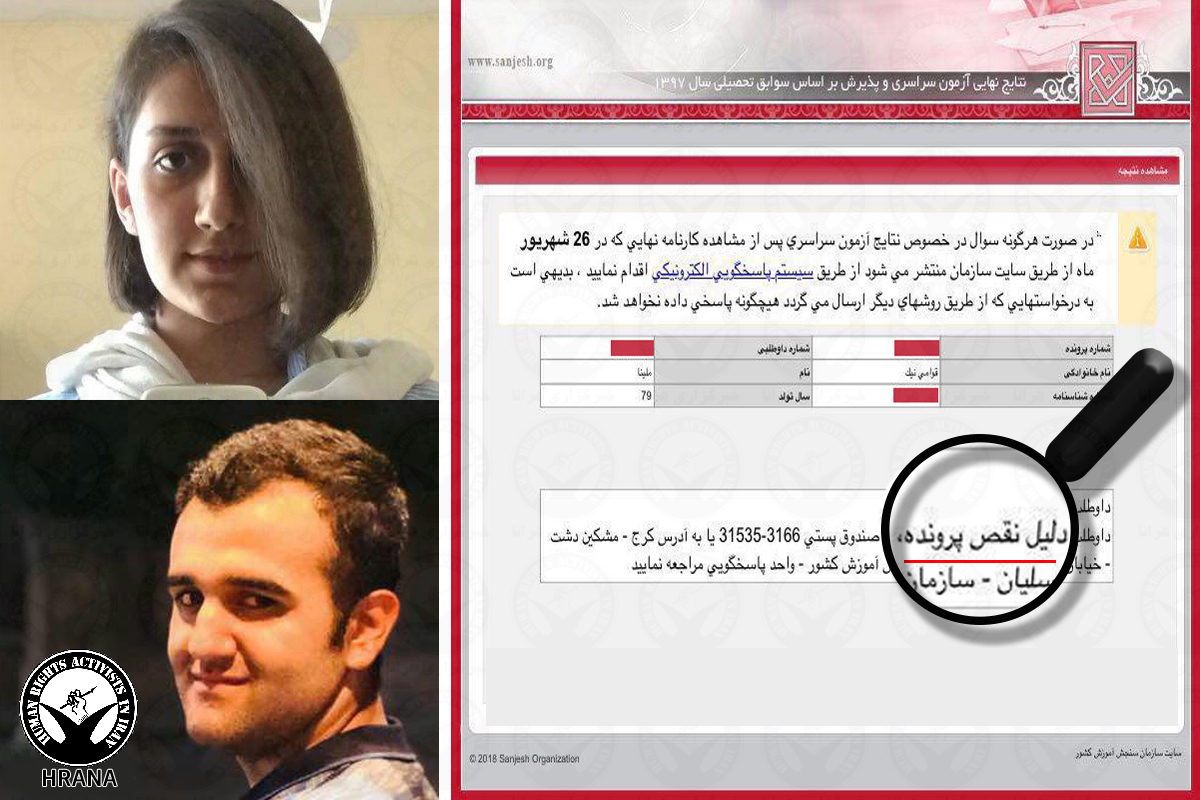 Human Rights Activists News Agency (HRANA) – A large number of Baha’i students who participated in the 2018 National University Entrance Exam, known as “Konkur,” have had their applications flagged “deficiency on file” on the National Organization for Educational Testing website, a known harbinger of educational aspirations dead in the water.

As an informed source told HRANA, “The ‘deficiency in file’ flag is used on Baha’i citizens to keep them from moving forward in their studies, a practice that’s been prevalent since 2006.”