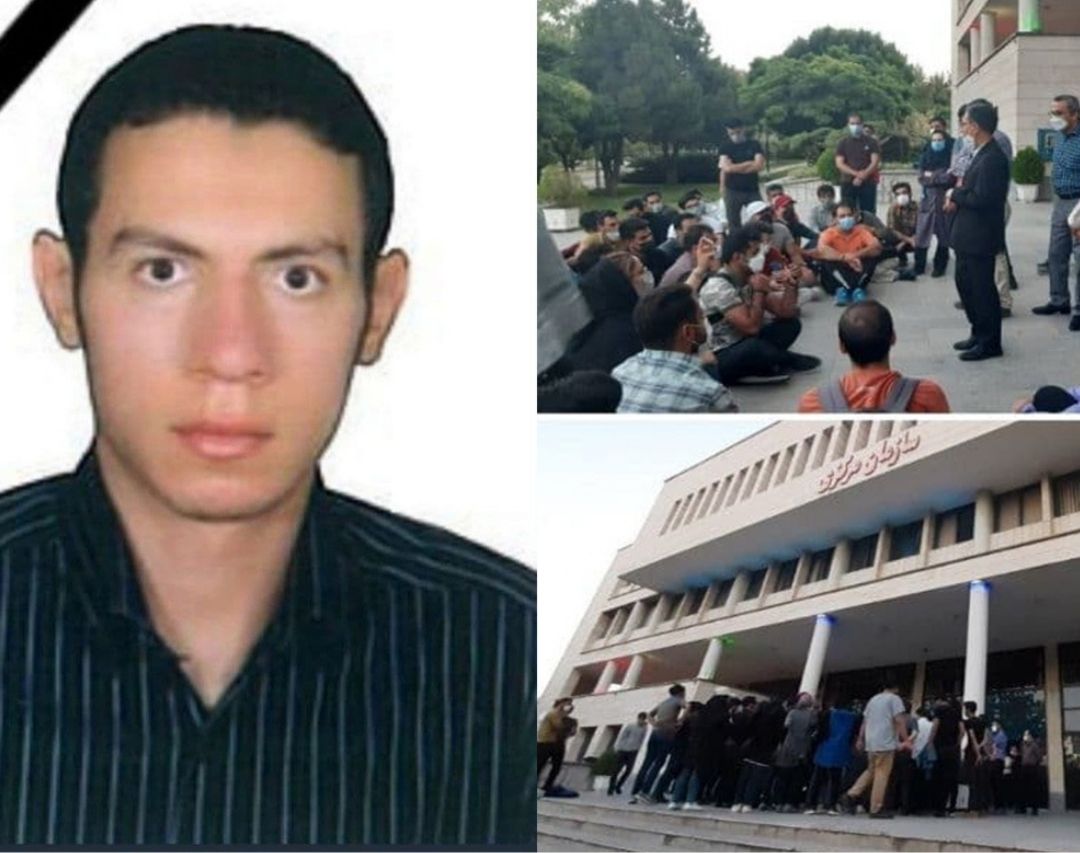 On Monday, June 28, in the aftermath of Saeed Gholi Beiglou’s suicide, several Ferdowsi University of Mashhad students gathered to protest Admin’s negligence leading up to the tragedy.

According to HRANA, the news agency of Human Rights Activists, Gholi Beiglou was a postdoctoral researcher studying physics. Students have stated that Gholi Beiglou had attempted to kill himself the previous day, and university officials had sent him back to his dormitory without providing any support. He hung himself from the ceiling fan of his dormitory the following day.

Students are demanding that the university take responsibility for Gholi Beiglou’s death.