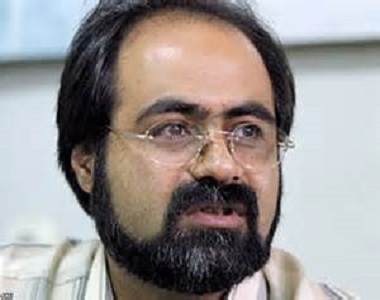 HRANA News Agency – After clashes, insulting and beating political prisoners of ward number 7 of Evin prison, these conflicts continued by threatening the political prisoners by convicted guilty prisoners of the great embezzlement. Some of these prisoners complained against Saeid Razavi Faghih and are trying to profile him a case for the allegation of insulting the regime’s top officials.
According to the report of Human Rights Activists News Agency (HRANA), around 15 political-security prisoners, including Saeid Madani demanded warranty from officials of the ward for their safety. END_OF_DOCUMENT_TOKEN_TO_BE_REPLACED

HRANA News Agency – Saeid Razavi Faghih, prisoner of Rajaei Shar prison has been hospitalized because of his heart diseases.

According to the report of Human Rights Activists News Agency (HRANA), Saeid Razavi Faghih, political prisoner of Rajaei Shahr prison, has been transferred to a hospital for treatment of his heart disease, since one month ago. END_OF_DOCUMENT_TOKEN_TO_BE_REPLACED

HRANA News Agency – Revolutionary court has opened a new case for Saeid Razavi Faghih, journalist and reformist political activist, whose former sentence will be finished on 28th February.
According to the report of Human Rights Activists News Agency (HRANA), the court Shahid Moghadas, based in Evin prison, has opened a new case and issued a bail of 400 million Tomans for Saeid Razavi Faghih, imprisoned journalist and political activist, whose former conviction will be finished on 28th February. END_OF_DOCUMENT_TOKEN_TO_BE_REPLACED