Media activist and Ahvaz resident Mehrnoosh Tafian was sentenced to six months and eleven days in prison by the court of appeals in Khuzestan Province.

According to HRANA, the news agency of Human Rights Activists, from this prison term, three months and one day have been suspended for one year.

Mehrnoosh Tafian received three months and one day in prison on charges of “spreading lies with the purpose to disturb public opinions”. On a charge of “propaganda against the regime”, the court of appeal reduced the initial verdict from one year to three months and ten days imprisonment.

For the above-mentioned charges, the initial verdict of the Revolutionary Court of Ahvaz was three months and ten days imprisonment and one year respectively.

In October 2020, the IRGC’s intelligence agents raided and inspected her house. They confiscated her cell phone and some other belongings. After one month, she was summoned to appear at IRGC’s Intelligence Organization in Ahvaz for interrogation. On November 1, 2020, when she appeared at Branch 13 of the Public Prosecutor’s Office and the revolutionary Court, she was sent to Sepidar Prison because she failed to provide the required bail.

Mehrnoosh Tafian is graduated from News College and living with her two sons in Ahvaz. 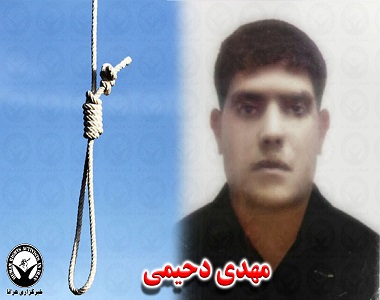 HRANA News Agency – A prisoner was transferred to solitary confinement in Sepidar prison, in Ahwaz, in order to be executed.

According to the report of Human Rights Activists News Agency in Iran (HRANA), Mehdi Dahimi, son of Sadegh, born in 1983, single, from Shooshtar, who has been charged with murder, was transferred to solitary confinement in Sepisar prison to be executed. END_OF_DOCUMENT_TOKEN_TO_BE_REPLACED