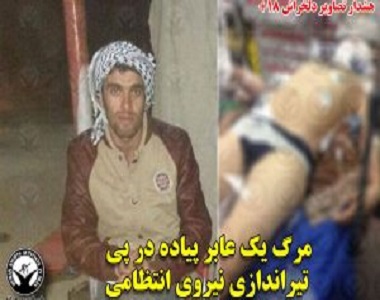 HRANA News Agency – The police’s effort to stop a motorcycle resulted in the death of a pedestrian. Two other citizens were injured.
According to the report of Human Rights Activists News Agency (HRANA), following the police’s pursue of a motorcycle with two passengers, police forces started shooting at them. A pedestrian with the name of Hasan Alboughaish was shot in the head and killed in Shadegan town on February 9th. END_OF_DOCUMENT_TOKEN_TO_BE_REPLACED