HRANA News Agency – Hossein Alimohammadi Alvar, political prisoner, after eight months of detention, is still waiting for judicial proceedings by the Court of Appeal regarding his 10 years imprisonment sentence which has been issued by the Revolutionary Court in Tabriz. He has been deprived of medical appropriate care and treatment despite his eye diseases, in Tabriz prison.
According to the report of Human Rights Activists News Agency in Iran (HRANA), he is currently being held in the ward of prisoners of common crimes and sometimes dangerous criminals, in Tabriz prison and his efforts to be transferred to the political prisoners’ ward has been ineffective. END_OF_DOCUMENT_TOKEN_TO_BE_REPLACED 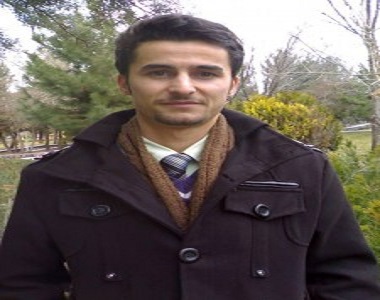 HRANA News Agency – Following the objection by guarantor of Taha Kermani, civil rights activist, in Tabriz, claiming that collateral seizure before end of the trial process is illegal, based on a warrant that was issued by Branch 105 of the General Crime Court in Tabriz city, his objection was rejected and seizure order procedure was approved by the court.
According to the report of Human Rights Activists News Agency in Iran (HRANA), seizure permission has been issued, while trial proceedings are still continuing to address some of the charges of this civil activist and the court, regardless of lawyer’s objection, before a full investigation of the case and before a final and binding decision, has ordered to seize the collateral. END_OF_DOCUMENT_TOKEN_TO_BE_REPLACED

HRANA News Agency – Hossein Alimohammadi Alvar and Seyed Taha Kermani, two civil activists in Tabriz, after being sentenced to 10 years imprisonment by branch 3 of Tabriz revolutionary court, appealed in due time and requested the Court of Appeal’s reconsideration.
Their lawyers, Jafar Afsharnia and Amir Bakhshi on Monday 15th June, made an appeal against the issued verdict by the delivery bill to the court, objecting the contradictions of the verdict including “not providing any evidence indicating the guilt” and “violation of the principle of innocence” and asked for a hearing and accurate legal proceedings on the cases of their clients. END_OF_DOCUMENT_TOKEN_TO_BE_REPLACED