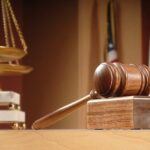 Human Rights Activists News Agency (HRANA) – Thirty five residents of Khoy (northwestern Iran) were summoned to Branch One of the city’s Revolutionary Court on Monday, September 10th in connection with their participation in protests that gained exceptional momentum across the country last January.

Aidin Mohsenejad Khoei, an additional resident who was not previously detained, has received summons from the same court.

In the throes and final pulses of what came to be known as the “January protests,” various branches of the Iranian security apparatus–including Islamic Revolutionary Guards Corps (IRGC) Intelligence Agents, Police, and Criminal Investigation Police–came down on the aforementioned group, subjected them to interim interrogations, and released them on bail pending trial. HRANA reported on the contingent release of these arrestees last March.

The arrestees stand accused of “Assembly and collusion against the internal security of the country,” “Propaganda against the regime,”  “Insulting the Supreme Leader of the Islamic Republic of Iran,” “Disturbing public conscience,” and “Disturbing public order.” They join the roughly 5,000 Iranian citizens who were detained and interrogated across the country in the tumult of the January protests, which led to the death of 25 individuals. Many who were detained were transferred directly to prison, and the precise whereabouts and fates of a number of them is still unknown. 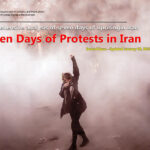 At the time of compiling this report, the Iranian State had not provided a conclusive report of the protests and it’s under currents. Therefore, this report should be deemed as a cursory review and a collection of the reports of the events rather than a singularly comprehensive one. END_OF_DOCUMENT_TOKEN_TO_BE_REPLACED