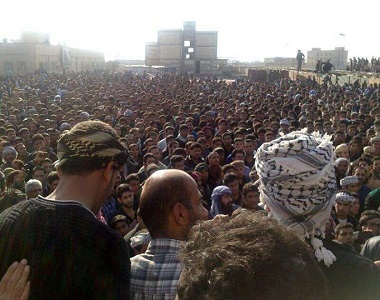 HRANA News Agency – At least 45 Arab citizens of Ahvaz were arrested in the funeral of an Ahvazi poet.

According to the report of Human Rights Activists News Agency (HRANA), after attendance and gathering of young Arab-Ahwazi citizens, in the funeral of an Ahwazi poet with the name of Mullah Fazel Sakrani, the police and special unit enforcements arrested dozens of Arab citizens, on Ahwaz-Fallahiyah (Shadegan) road, on Sunday, January 19. END_OF_DOCUMENT_TOKEN_TO_BE_REPLACED