According to the report of Human Rights Activists News Agency in Iran (HRANA), Hossein Rajabian, imprisoned filmmaker, along with his brother Mehdi Rajabian, musician, had gone on hunger strike in Evin prison since October 28. END_OF_DOCUMENT_TOKEN_TO_BE_REPLACED 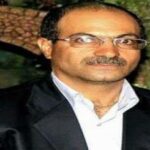 HRANA News Agency – While Rasoul Razavi has announced that he has ended his hunger strike, on the forty-fourth day by a short messages, in the central prison of Karaj, Vahid Sayadi Nassiri has been transferred to solitary confinement on the thirty first day of his hunger strike, the left kidney of Hossein Rajabian has been infected and Ali Shariati was taken to a hospital. A number of other political prisoners still continue on their hunger strike.

According to the report of Human Rights Activists News Agency (HRANA), Rasoul Razavi, political prisoner who had been exiled to the central prison of Karaj, has written a letter, saying that he ended his hunger strike because of the promise of judicial authorities, on the 44th day of his strike, on November 15, 2016. END_OF_DOCUMENT_TOKEN_TO_BE_REPLACED