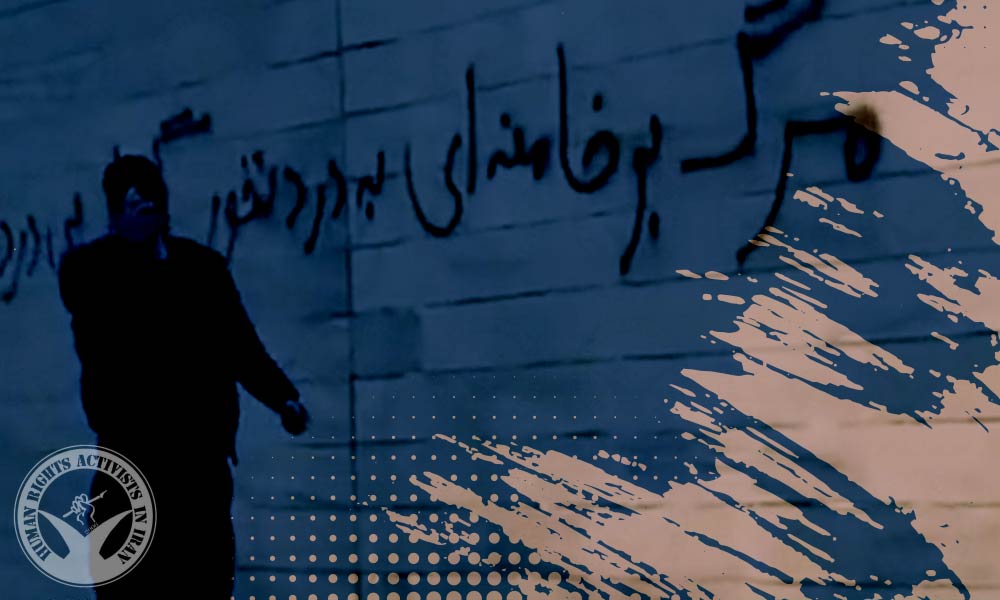 An individual was arrested for writing slogans on the Ministry of Intelligence’s wall and setting his own car on fire in Azerbaijan Province’s Urmia City. A video circulated on social media showed a security agent pointing a gun at him.

According to HRANA, the news agency of Human Rights Activists, on Tuesday, May 3, 2022, a citizen was arrested for writing a slogan on the wall and setting his vehicle on fire.

As an act of protest, this unidentified individual first set his vehicle which was parked by the Ministry of Intelligence on fire in Urmia and then began to write slogans on the wall of the ministry’s office.

The media outlets inside Iran and officials have not reacted to this incident so far. Yet, a video showing a security agent pointing a gun toward the protestor from about a short distance has become viral on social media.