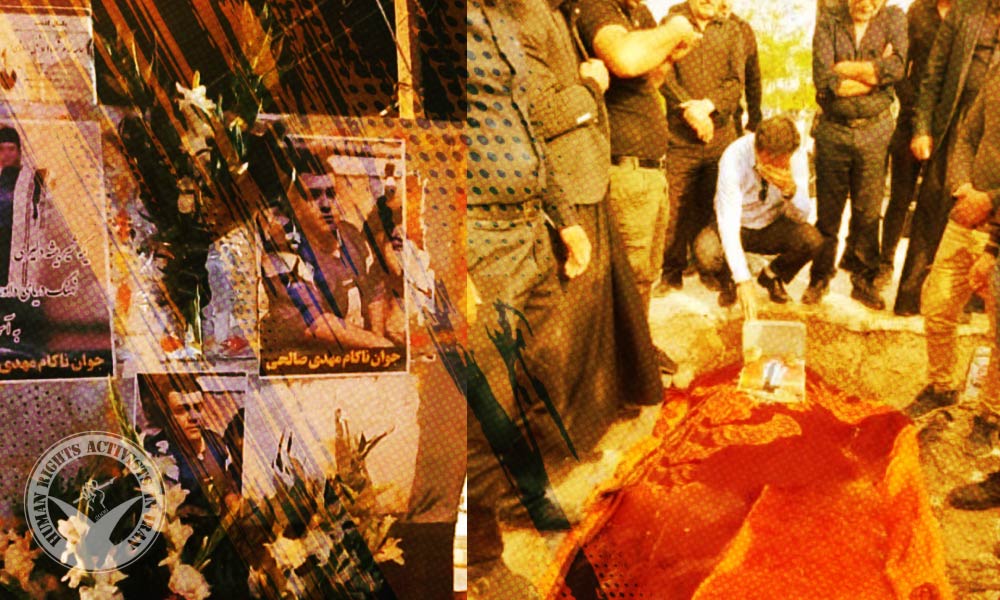 This morning, April 15, 2022, the body of political prisoner Mehdi Salehi was buried in Yazdanshahr Cemetery under tough security measures. Salehi’s death did not trigger an investigation and there was no official announcement about the cause of his death.

During the 2018 protests in Khomeini Shahr City, Salehi was arrested and subsequently sentenced to death for crimes he never confessed to. Recently, he died suspiciously in prison health facility in Dastgerd prison in Isfahan.

According to HRANA, the news agency of Human Rights Activists, on Friday morning, Mehdi Salehi’s Body was buried in a cemetery in Yazdangerd under strict security measures.

One of his family members told HRANA that “his family’s frequent inquiries remained unanswered by the authorities. Ultimately, the security forces moved his body to Yazdanshahr cemetery and buried him. They informed the family about the funeral just one hour before the burial. The authorities threatened the family to keep Salehi’s ordeal a secret and  to guarantee the family’s silence in the matter, held his brother, Mehdi Salehi in custody during the funeral.”

During nationwide protests that broke out in December 2017 and continued into 2018, many people were killed by the regime forces, including Asghar Haroon Al-Rashidi who was shot dead in Khomeini Shahr in January  2018. His family filed a complaint against the IRGC forces, Basij and the police. Thereafter, on November 3, 2019, some of Haroon Al-Rashidi’s friends including Mehdi Salehi were arrested by security forces for taking part in the protests.

On February 8, 2020, the Revolutionary Court of Isfahan sentenced Salehi to death (two times) on the charges of “enmity against God by using a firearm and shooting in public” and “using weapons of war (Kalashnikov rifle) against the regime forces during the unrest”. Salehi was also sentenced to 5 years in prison on the charge of “spreading corruption on earth by disturbing the public order and leading the insurrectionists.”

Mehdi Salehi never accepted these allegations. In a statement, he claimed that he had witnessed when Haroon Al-Rashidi was shut in the back by the regime forces.

Salehi was also injured by a pallet gun bullet in his head when he was trying to help Haroon Al-Rashidi.

Mehdi Salehi was 38 years old, married and father of a nine-years girl.