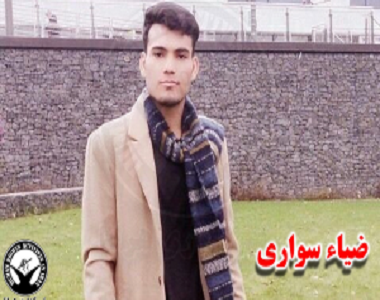 HRANA News Agency – Zia Savari, 24, resident of Ahvaz, has been sentenced to 6 years in prison after returning from Netherlands. This sentence was confirmed in the appeal court.
According to the report of Human Rights Activists News Agency (HRANA), Zia Savari, 24, resident of Kooy-e-Alaviyeh area in Ahvaz city, who had returned from Netherlands in March 2016, was arrested on Thursday, April 14, 2015 by the intelligence forces of IRGC. END_OF_DOCUMENT_TOKEN_TO_BE_REPLACED