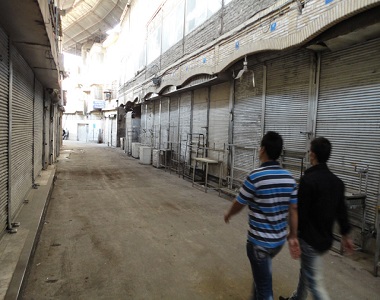 HRANA News Agency – Tehran’s steel market is on the strike since April 4, 2013 against the new VAD laws and the sudden changes of currency prices.

According to a report by Human Rights Activists News Agency (HRANA), since 4th April the steel market in Shad Abad and 15 Khordad streets are on the strike.

They merchants has sat-in the mosques and said they will keep on the strike till the authorities pay attention to the current situation of the taxes.

A source who wanted to be unknown said to HRANA: “The strike is not against the law enforcement but against the formula they count the taxes according to, which is totally illogical and impractical.”

He also said: “This strike has begun since Saturday and will go on more seriously from today on.”

Also 5 days ago the draperies were on a strike in Tehran.