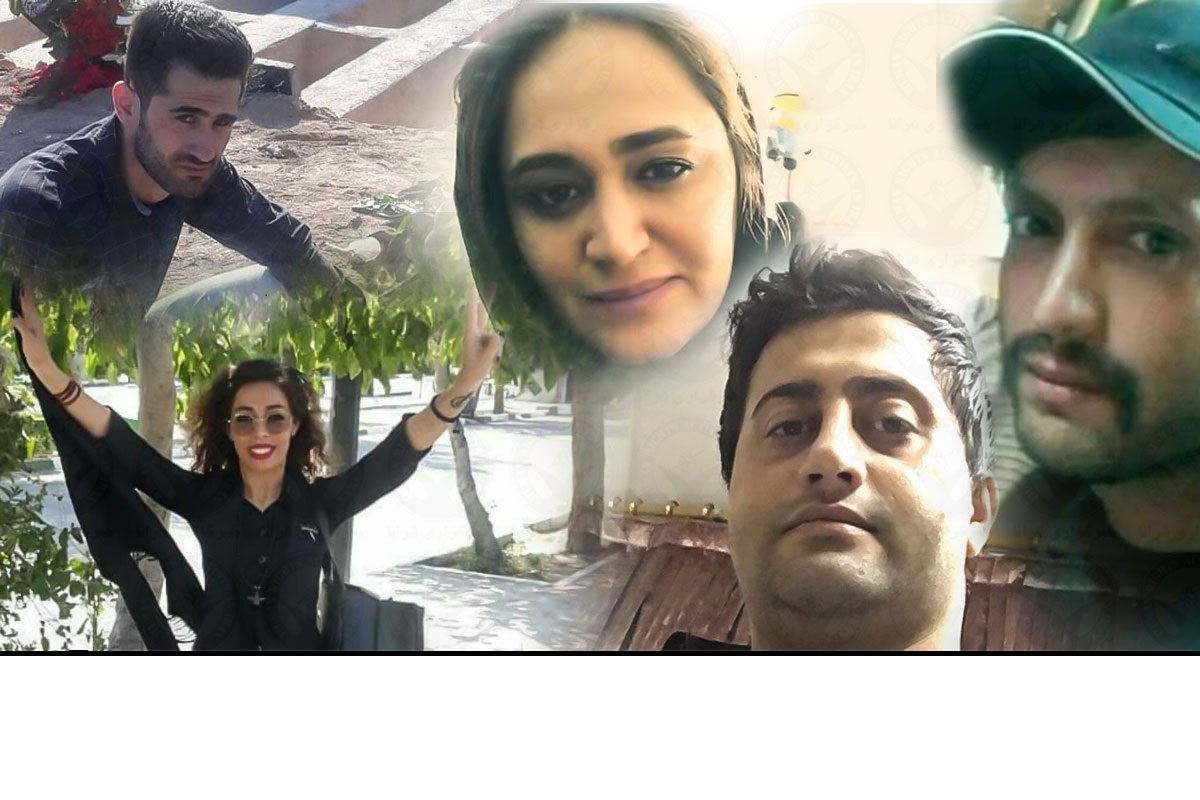 On November 10, 2019, Moin Hajizadeh, Raha Ahmadi, Leila Mirghafari, Armin Sourani, Mohammad Abolhasani, Saman Zandian, and Vahid Ghadirzadeh were tried at the Branch 15 of Tehran’s Revolutionary Court headed by judge Abolghasem Salavati. They were charged with “propaganda against the state” and “assembly and collusion”.

Moin Hajizadeh was arrested on August 8, 2019 by security forces and was transferred to an unknown location. He is now in the Ward 4 of Evin Prison. Raha Ahmadi was arrested on August 4, 2019 by the security forces and was transferred to Qarchak Prison in Varamin in Late August. She was initially charged with “propaganda against the state” , “assembly and collusion”, “cooperation with enemy states”, and “promoting corruption and prostitution” in her incitement at the prosecution office of the Evin Prison. Although her bail was set after two months, her 600 million Toman [approximately 55 thousand dollars] bail has never been accepted.

Leila Mirghafari was arrested in September 2019 by security forces and was transferred to Qarchak Prison. Mohammad Abolhasani was arrested on August 14, 2019 based on a verdict of the Branch 28 of the Revolutionary Court.

Saman Zandian was arrested amid the demonstrations against the economic hardship in August 2018. He completed his sentence in prison but was notified about his new charges in August 2019. Vahid Ghadirzadeh was arrested in August 1, 2019 by security forces in Ardabil and is still in a limbo state.