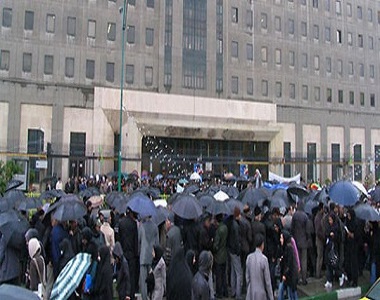 These workers had signed a petition with 30000 signatures last year which was sent to the labor ministry and are following their requests still.