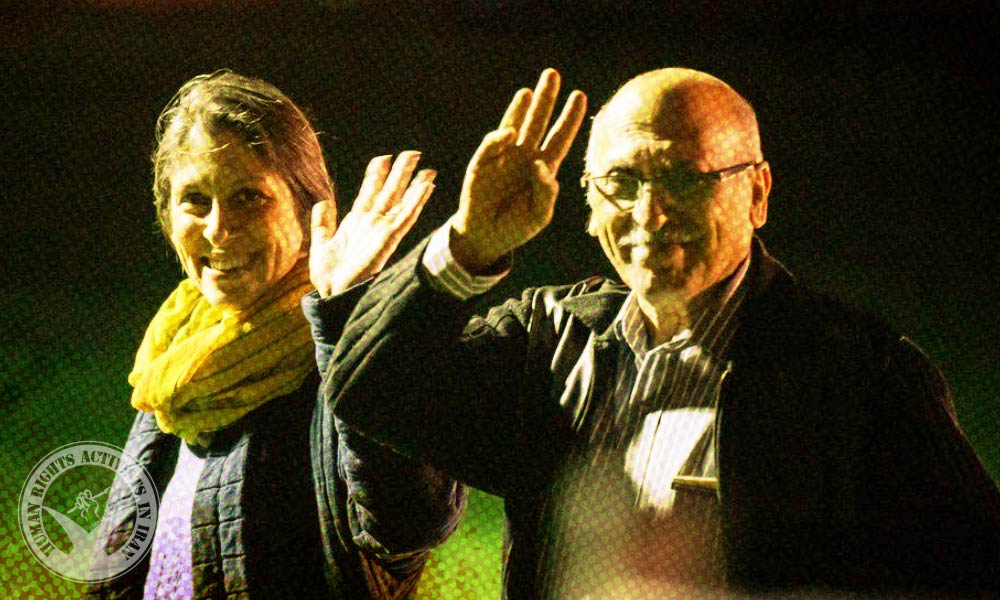 According to HRANA, the news agency of Human Rights Activists, on Wednesday, March 16, 2022, once the ban on leaving the country was lifted and she received her passport from the regime’s authorities, Nazanin Zaghari-Ratcliffe returned to the UK and reunited with her family.

Iranian British citizen Anoosheh Ashoori who had been released from jail on that day was allowed to leave Iran with Mrs. Zaghari-Ratcliffe.

In April of 2016, Nazanin Zaghari Ratcliffe was arrested at Imam Khomeini International Airport by IRGC’s agents prior to boarding a plane back to the U.K. In September 2016, she was sentenced to five years imprisonment. On March 17, 2020, she was released on furlough with an electronic tag. In March of 2021, after serving the full term of five years sentencing, she was released from jail.

In May of 2021, the Revolutionary Court of Tehran opened a new case, sentencing Ms. Zaghari-Ratcliffe to another year in prison and banning from leaving Iran.  In October of 2021, this verdict was upheld on appeal.

Anooshe Ashoori is a 67 years old Iranian-British citizen and an aeronautical engineer who was arrested in 2017 when he traveled to Iran to visit his mother. According to the Spokesman of the Judiciary, he was charged with spying for Israel and the acquisition of illegitimate property and thereafter sentenced to 12 years in prison and was ordered to pay a fine in the amount of 33000 euros.