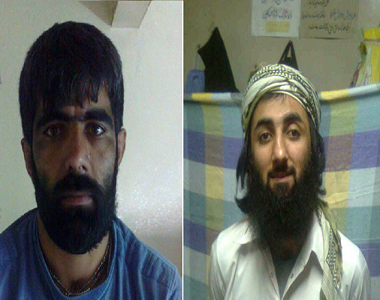 HRANA News Agency – Two Sunni prisoners suffering from psychological illnesses are in danger of execution after their death sentences were confirmed by the Supreme Court in Iran.

According to the report of Human Rights Activists News Agency (HRANA), the two men, Syed Hadi Hosseini and Seddigh Mohammadi, had ended a 7-week long hunger strike in December 2013 after being informed by lawyers that the Supreme Court had overturned their death sentences due to their psychological illnesses. They were also told that they would receive a retrial in the Revolutionary Court in Sanandaj.

However, the men did not receive a retrial, and their lawyers announced on Monday that their death sentences had been confirmed by the Supreme Court.

Their lawyers also announced that their cases had been sent to the Office for the Implementation of Sentences, and that the men are now at risk of execution.

A source told the HRANA, “Syed Hadi Hosseini and Seddigh Mohammadi take 21 psychiatric medication pills per day, and their behavior is quite unusual.”

“Syed Hadi Hosseini was a red card patient [indicating severe psychological illness] at the Farabi Hospital in Kermanshah, and he was detained without trial in the prisons of Sanandaj, Evin and Rajai Shahr. Now he has been in Ghezel Hesar prison for more than a year, [and is now] awaiting his execution.”