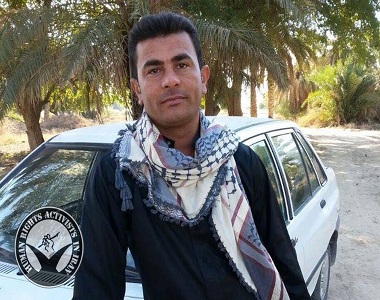 HRANA News Agency – “Omid Rashedi Amiri”, 36-year-old Ahwazi citizen, in protest at unemployment and not renewing his job contract, attempted Self-immolation and burned himself, and died.

According to the sources of Human Rights Activists News Agency in Iran (HRANA), Omid Rashidi Amiri, was married and had children. He attempted self-immolation on Wednesday 2nd October at 2:30 pm at the Trade unions office in “Ramshir”, after a verbal conflict, and then was transferred to Ahvaz Taleghani Hospital where he died due to severe injuries.

Earlier, in March, Younes Asakereh from “Khoram Shar” attempted self-immolation to protest against the destruction of his fruit kiosk, in front of City Hall, and lost his life.