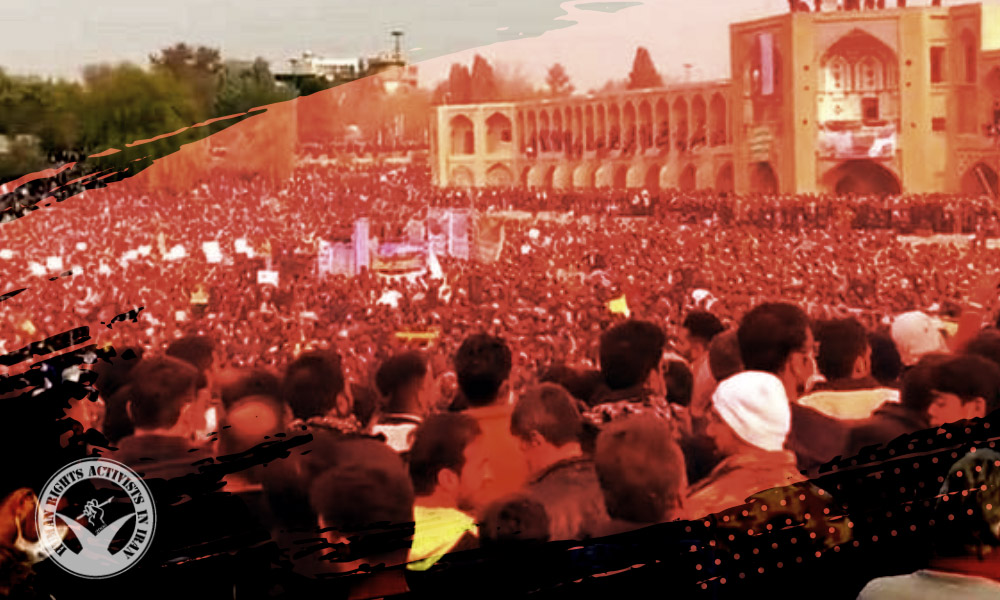 A crackdown on protests in Isfahan has led to the arrest of at least 214 people. 12 days after the mass arrests, an unknown number of people, including several children, are still in detention.

According to HRANA, the news agency of Human Rights Activists, some detainees were forced to pledge not to leave the house next Friday as a condition for release.

In announcing the release of some detainees, Chief Justice of Isfahan Province, Asadollah Jafari stated that they, “have opened legal cases against these arrestees and as promised… have launched special branches to address these cases”.

This protest began on November 7, when farmers assembled at the office of Hossein Mirzaie to ask for their water portion for wheat cultivation, and protest against water supply mismanagement.

Farmers continued their protest by assembling in dried up stretches of the river Zayandeh Rud.  In the following days, other citizens joined the protest.