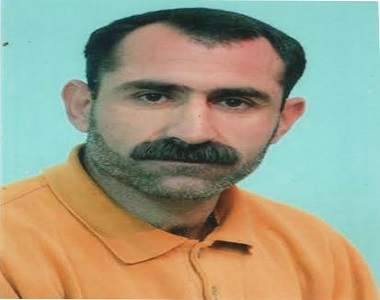 HRANA News Agency – The pardon request for Vaali Doroudi, political prisoner of Yazd prison was rejected. He is in a very bad condition in his 20th year of imprisonment.
According to the report of Human Rights Activists News Agency (HRANA), Vaali Doroudi, political prison, who was arrested on November 26, 1996, on charge of membership in one of the conflicting Kurdish parties, has been sent to furlough only twice so far.
Vaali Doroudi who was in the Iranian Navy, had been injured during the arrest. He was sentenced in 1996 on the revolutionary court of Kermanshah to life prison on charge of membership in one of the conflicting Kurdish parties and sent to Dieselabad prison.
This Kurdish political prisoner was transferred to Yazd central prison after 10 years.
Vaali Doroudi had previously been arrested and spent three years in Sanandaj prison during 80s, on charge of cooperation with Kurdish parties.
Need to be mentioned that the pardon commission of Yazd province had approved the pardon request of Vaali Doroudi, but after referral to pardon commission of Tehran, it was rejected.
It is said that in 1996 he was told in Kermanshah intelligence service office that if he appeal, the sentence would be heavier, so the case had not been sent to the supreme court.