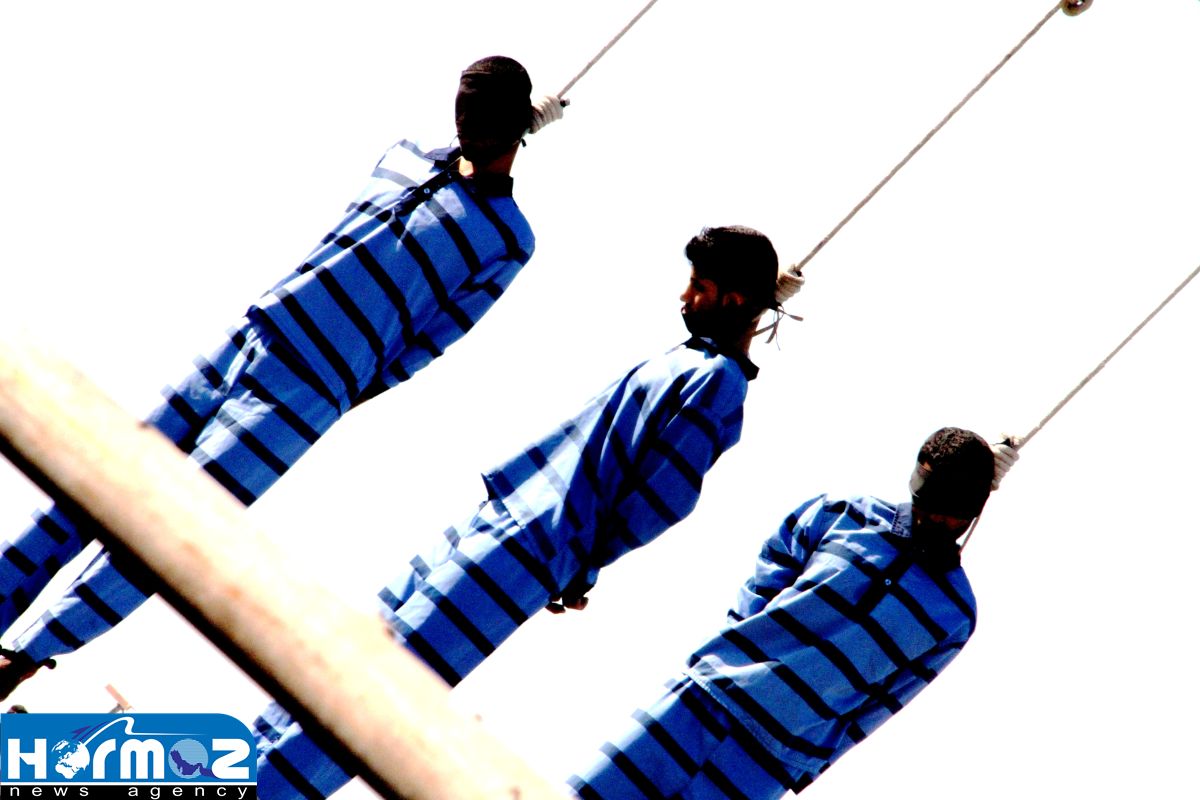 HRANA News Agency – Three prisoners were executed by hanging in public on Saturday, November 15. The video report of this execution is publicized by HRANA.

According to Human Rights Activists News Agency (HRANA), three prisoners with the names of Rahim Moradi Shahbadi, Milad Saberi, Reza Rezapoori were executed by hanging on charges like kidnapping, armed robbery, rape and keeping illegal weapon in a costal boulevard in Bandar Abbas.

There is no information about the legal process and relevant organizations and especially the judiciary did not clearly publicize the matter.

Need to be mentioned that judiciary has claimed that following the order of the chief of the judiciary on February 2008, there is no public execution, except the special cases that have the command of chief. Nevertheless, public executions still being carried out widely in Iran.